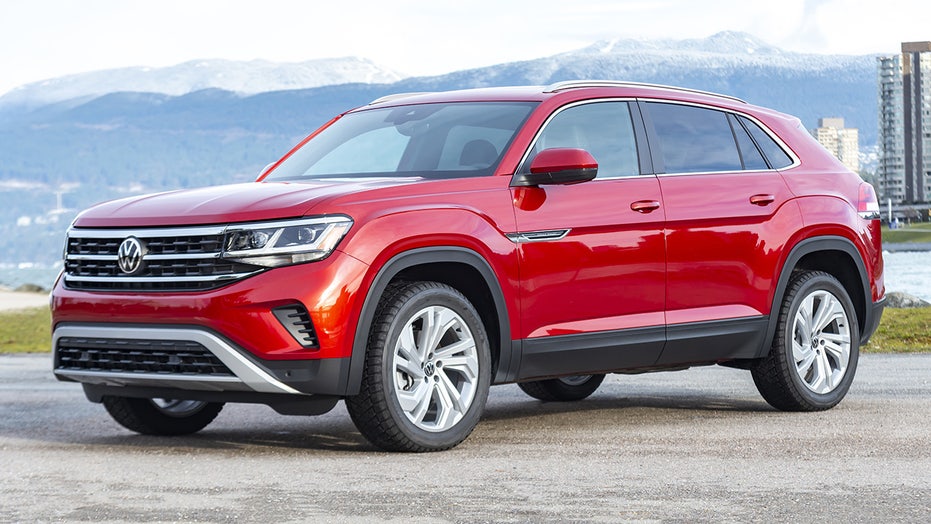 Volkswagen's Tarok is the small pickup it thinks you want

The Volkswagen Tarok compact pickup was built for South America, but could come north if enough people say they want one.

Volkswagen’s Atlas has been trimming down.

The hulking seven-passenger SUV is now available as the five-passenger Atlas Cross Sport, and a lot has changed besides the deleted third row of seats.

The two are mechanically identical, with the Cross Sport trimming 5.2 inches off its posterior and sporting a raked rear roofline instead of the standard model’s boxier, more space-efficient top. It looks more than a little like a supersized Audi Q8.

Aside from that, the only major difference is that the Cross Sport’s second row of seats is shifted back to add 2.8 inches of legroom to its already ample amount.

The transformation is similar to what Honda did to turn the Pilot into the Passport. But instead of a chop top, the Passport gets an updated suspension to improve its off-roading capability and give it a unique image and selling point.

The Cross Sport is all about image. Its profile is sharper and jettisoning the third row tells the world that you don’t do school carpools.

It also reduces cargo space behind the second row from 55.5 cubic feet to 40.3 cubic feet, which is still quite a bit. I managed to fit two folding bikes, two full-size suitcases and a bevy of backpacks in the Cross Sport without having to lean on the hatchback to close it.

THE VOLKSWAGEN ATLAS IS A TITANIC SUV

Both Atlases come standard with front-wheel-drive and a 235 hp 2.0-liter turbocharged four-cylinder, while all-wheel-drive and a smooth as silk 276 hp 3.6-liter V6 are optional. Max towing ranges from 2,000 to 5,000 pounds.

The Cross Sport’s interior features a few unique touches of trim, but otherwise remains the same as the Atlas up front. The design is highly functional, but the materials used are sturdier than they are stylish.

A comprehensive suite of driver aids are on offer that includes standard automatic emergency brakes and features like adaptive cruise control and a 360-degree parking camera system that are added to higher trims.

The last of those comes in very handy, because the Cross Sport is massive. It’s nearly as wide as a full-size pickup and its tall, flat hood emphasizes its girth.

As far as its name is concerned, the Cross Sport is less than 200 pounds lighter than the Atlas and doesn’t feel any sportier when you step on the gas or turn the steering wheel. The weight savings also makes little difference on fuel efficiency, which is middling at 18 mpg to 22 mpg combined, depending on the configuration.

The Cross Sport is comfortable, however, and it’s hard to get this much rear seat room for the money, but the extra grand does buy you a trunk that’ll fit a lot more junk.