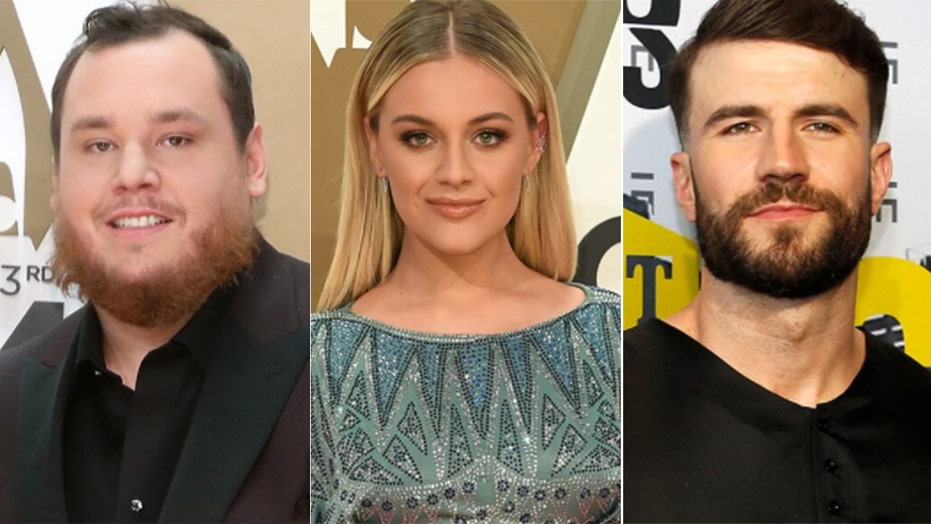 It will be quite the exciting CMT Music Awards this year as six artists are leading with three nominations each: Luke Combs, Kelsea Ballerini, Sam Hunt, Ashley McBryde, Dan + Shay and Thomas Rhett.

In nominations announced Wednesday for the pandemic-delayed show, 14 videos are vying for the top prize of video of the year. The fan-voted show will air on CMT and other networks on Oct. 21 with outdoor performances.

The Chicks return to the list of nominees for the first time since 2007 for their video for “Gaslighter" and country icon Tanya Tucker gets her first ever nomination for “Bring My Flowers Now," both nominated for video of the year.

Also nominated in the category are Miranda Lambert, Little Big Town, Keith Urban, Old Dominion, Carrie Underwood and Blanco Brown, who is recovering after a vehicle accident earlier this month.

A number of artists are getting their first-ever nominations this year, including Caylee Hammack, Gabby Barrett, Ingrid Andress, Riley Green and Travis Denning. The Highwomen, a group made up of Maren Morris, Brandi Carlile, Natalie Hemby and Amanda Shires, also got their first nomination for group video.

With categories that include collaborations and performances from other CMT shows, pop stars Halsey and Gwen Stefani both earned their first ever nominations for their duets with Ballerini and Blake Shelton, respectively. Electronic producer and DJ Marshmello also earned a nomination in collaborative video for the crossover hit “One Thing Right" with Kane Brown.

Pop star Justin Bieber has a chance to win another CMT Music Award for his duet with Dan + Shay on “10,000 Hours," after winning one as a teenage heartthrob in 2011 for “That Should Be Me” featuring Rascal Flatts.