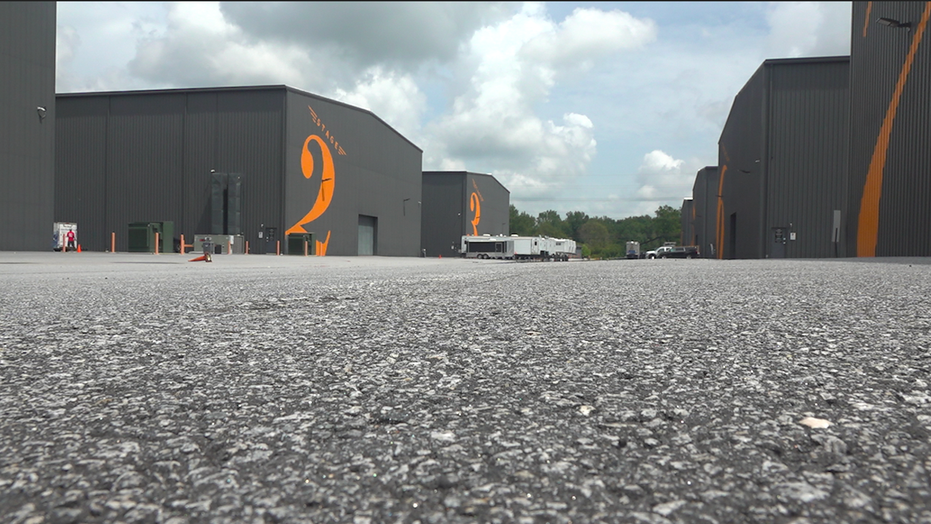 Now the film industry is working to bounce back and rebuild. In Georgia, several productions have reopened their doors and are doing things differently due to the pandemic. According to the Georgia film office, production companies have put in place filtration systems, touchless openers, and implemented polices to keep their crews safe. Film officials say there will be a new way of doing things, but it won’t affect what the viewing public will see on the big screen. The entire production community has been impacted from Atlanta, Los Angeles, New York, and major cities across the world.

ATLANTA – EXCLUSIVE: As the novel coronavirus swept through the country, film and TV production sets were abandoned as the once-bustling movie sets with capacities that rivaled small towns were left sitting empty.

Film director and producer Dan Mintz has worked in the film industry for decades and said the impact of the global pandemic that ground production to a halt is like nothing he’s seen before.

CORONAVIRUS: WHAT YOU NEED TO KNOW

Mintz said the film industry will have to be reimagined to survive through an unprecedented time.

“Everyone is affected. Especially people that rely on it for day-in and day-out work,” Mintz explained of the toll many are feeling.

AS CORONAVIRUS SPREADS, THESE LATE-NIGHT SHOWS ARE RECORDING WITHOUT AN AUDIENCE

From actors and extras to production companies, the impact and challenges COVID-19 has presented have mounted with no end in sight.

Beth Talbert, the vice president of studio operations at Eagle Rock Studios in Atlanta is adjusting to the new normal since production was shuttered in March.

“Everything in the building automatically stopped. We had three productions going and they all just completely shut down, they locked up their sets and they walked away,” Talbert lamented.

After closing for nearly six months, Eagle Rock Studios, like many production companies, is starting to get back on its feet.

WILL THE CORONAVIRUS PANDEMIC IMPACT THE CONTENT DELIVERY CYCLE FOR STREAMING GIANTS? EXPERTS WEIGHT IN

“There has to be 'a new normal' on the way we do production and it means lots of masks, lots of face guards, lots of distance and just figuring out how to shoot scenes that can keep all the actors and employees safe," Talbert explained.

"Shows are slowly trying to figure out how to get back into production and bringing a few people in at a time to do some work."

Several productions are working through the pandemic and have been successful, according to the Georgia Film Office.

Lee Thomas, the deputy commissioner of the Georgia Film Office, said productions have succeeded because they are taking the necessary precautions.

“Whether it be filtration systems, touchless openers -- all of the things that they are doing to try and keep the crews safe,” Thomas said.

Financially, Atlanta was on track to have another record-breaking year in the film industry and Thomas maintained that the city issued $2.9 billion-worth of direct spending in the state.

"This year we ended up at $2.2 billion but of course, everything dropped off in March," he added.

Despite the slowdown, Thomas said they currently have multiple projects in the pipeline that are in the pre-production phase and the Georgia Film Office is hoping for a busy fall.

RUSSELL CROWE’S ‘UNHINGED’ TO TEST AMERICA’S EAGERNESS ABOUT THEATERS: ‘I HAVE MY FINGERS CROSSED,’ EXEC SAYS

“Atlanta is a hotspot for production -- it always has been, and the support you get from Atlanta is really strong," Mintz raved of the city's history in showbiz. "Great crews, great location, support from the local government and I think that’s added to it."

The Georgia Film Academy said there are nearly twenty shows in Georgia that are on hold in varying stages of pre-production or production.

“Sure, productions have slowed down but really over the last few months, we’re starting to see an uptick in production take place again,” Jeffrey Stepakoff, executive director of the Georgia Film Academy, said.

The Georgia Film Academy has also created a COVID-19 compliance course that "teaches the safety and sanitation protocols” and will help productions during the pandemic. The Academy is offering the online course free of charge to production crews, cast and their students.

Film officials say they are working diligently to set the stage to welcome the industry back.

Until there is a vaccine for COVID-19, film officials say they plan to avoid filming large gatherings like party scenes.

Jayla Whitfield joined Fox News in 2019 as a multimedia reporter based in Atlanta, Georgia.