Ice Cube appeared on “The Daily Show with Trevor Noah” to further defend his decision to work with President Trump.

The rapper has been calling out the system for more than three decades through his music, but recently he has turned to political action. Over the summer, he released a "Contract with Black America," calling for reforms to close the opportunity gap in the country.

He previously explained that he reached out to both Republicans and Democrats and noted that only the Trump campaign agreed to make headway on his "Contract with Black America." Speaking on “The Daily Show,” the star explained that the backlash he received for seemingly becoming a Trump supporter was misguided, noting that his goal is still to work with everyone in power.

“I put out a plan, both campaigns wanted to talk to me about it, and I was eager to talk to both campaigns. I’m done playing this politic game, joining sides,” he told the host during Wednesday's episode. “To me, that doesn’t get the job done. You know, what gets the job done is to try to make a deal with whoever is in power and hopefully they see what we're going through.”

Ice Cube previously explained in a tweet that Democrats told him they’d address his plans after the election. Meanwhile, Trump’s son-in-law, Jared Kushner, met with the rapper and actor for three hours about his plans for the future.

Ice Cube spoke about his Contract with Black America on 'The Daily Show.' (Chris Elise/NBAE via Getty Images)

Speaking to Noah, the rapper explained that he will continue to refuse to pick a side because he believes that will simply lump him in with the various celebrities who have endorsed one candidate or another. However, he believes that by working with both sides, he can keep the struggles of Black Americans at the forefront of the national conversation.

“I want to keep our issues top-of-mind and at the forefront of everything. So, you know, it’s politics; the Trump campaign put out those headlines, but you’ve got both sides putting out headlines. You’ve got celebrities on both sides with headlines,” he explained. “You know, campaigns try to use political footballs in any way they can. At the end of the day, American people are smarter than that. American people are going to look at all of the facts and go and vote for the person they believe can win and do a better job.”

Ice Cube summed up his thoughts on the subject of working with Trump by noting that anyone who thinks this makes him an outright Trump supporter is incorrect.

“I knew whoever did and tried to use me like that would be mistaken because I was going to come out and tell the real,” he concluded. “I’m going to always speak the truth and that’s the problem. I understand the game. I don’t mind people taking shots at me because I talk to both sides of the aisle, but always believe this is a non-partisan issue. I’ve been saying ‘bipartisan’ but it’s really a non-partisan issue. No matter what side of the fence you’re on, it’s time for both sides to come together and solve this problem.”

In his “Contract with Black America,” Ice Cube asks politicians for banking, police and prison reform, elimination of all Confederate statues, federal funding of “baby bonds” starting with $1,000 at birth, among other reforms to support the Black community in order to earn the “support of the Black vote.” 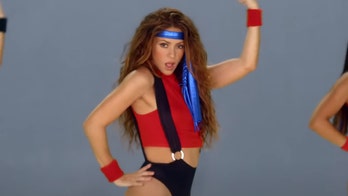