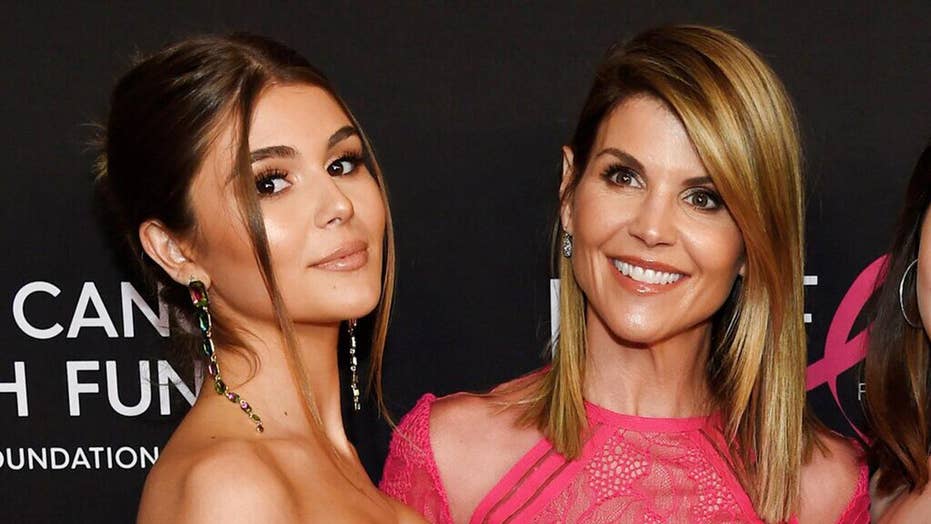 Lori Loughlin and Mossimo Giannulli allegedly instructed their daughter to lie to her high school guidance counselor and confronted him in an effort to hide their involvement in the college admissions scandal, according to new court documents.

The famous couple has agreed to plead guilty to counts of wire and mail fraud and honest services wire and mail fraud for their role in paying scam mastermind William “Rick” Singer $500,000 to get their daughters Isabella and Olivia Jade admitted to the University of Southern California as recruits on the crew team despite neither actually rowing in the sport.

The couple is set to be sentenced on Friday and, to prepare the judge to make his decision, U.S. Attorney Andrew Lelling summarized the case against them in court documents obtained by Fox News and revealed that Giannulli went as far as to confront the unnamed guidance counselor after he told USC that he doubted her status as a coxswain.

The court docs claim that in January 2018, the parents had a discussion with Olivia Jade about keeping their scheme a secret from the counselor. When their daughter asked if she should list USC as her top school of choice, Loughlin replied: “Yes…. But it might be a flag for the weasel to meddle.”

Giannulli added, “F--- him,” and called him a “nosey bastard," prosecutors allege in the docs.

Loughlin went on to instruct her daughter not to say “too much to that man.”

In March, after Olivia Jade had been flagged as a recruit on the rowing team, the counselor got in touch with USC and said he had “no knowledge of [her] involvement in crew and based on what I knew of her video blogging schedule [I] highly doubted she was involved in crew.”

LORI LOUGHLIN’S CAREER AND IMAGE COULD BE ‘TAINTED’ AFTER GUILTY PLEA IN COLLEGE ADMISSIONS SCANDAL: EXPERT

Giannulli also is said to have “bluntly stated that [his younger daughter] was a coxswain.”

Shortly after the alleged confrontation took place, the counselor emailed Gianulli saying that he had advised USC that Olivia Jade was “truly a coxswain,” and the matter seemed to be closed.

In this April 3, 2019, file photo, actress Lori Loughlin, front, and her husband, clothing designer Mossimo Giannulli, left, depart federal court in Boston after a hearing in a nationwide college admissions bribery scandal. A federal judge on Friday, May 8, 2020, refused to dismiss charges against the couple and other prominent parents accused of cheating in the college admissions process, siding with prosecutors who denied that investigators had fabricated evidence. (AP Photo/Steven Senne (AP Photo/Steven Senne)

Ultimately, a judge will make his ruling on Friday when the duo appears for sentencing.