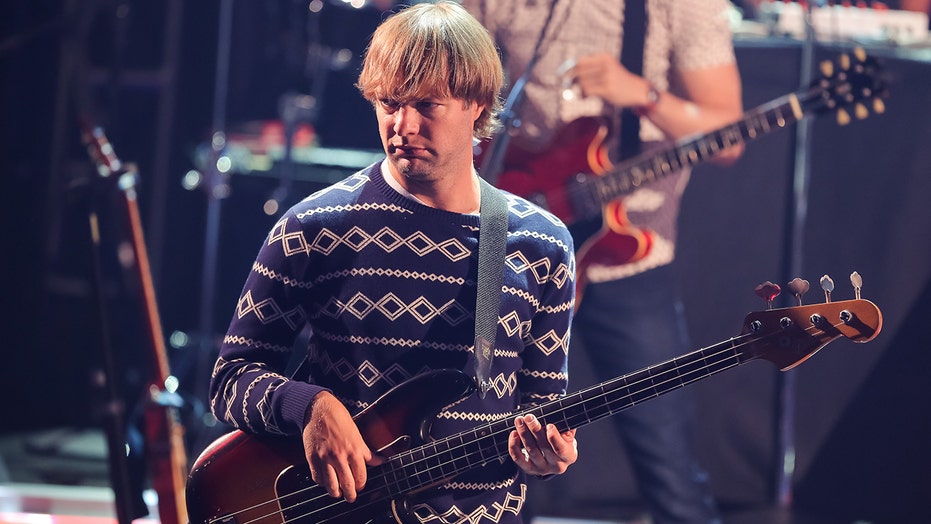 Michael “Mickey” Madden is taking some time away from his band, Maroon 5, some two weeks after he was arrested for an alleged incident involving domestic violence, the bassist said on Tuesday.

"I have some things that I need to deal with and address right now and so I have decided to take a leave of absence from Maroon 5 for the foreseeable future," Madden told People magazine in a statement on Tuesday. "During this time, I do not want to be a distraction to my bandmates. I wish them the absolute best."

The band announced new tour dates for 2020 shows that had to be rescheduled due to the coronavirus pandemic and will now kick off their tour on July 15, 2021.

On June 30, the Los Angeles Police Department confirmed the arrest and charge against the 41-year-old musician to Fox News citing California penal code 273.5(a), which means that someone willfully inflicted a “traumatic” injury on a spouse or cohabitant.

Mickey Madden of Maroon 5 has decided to take a break from his band following his arrest on an alleged domestic violence charge. (Photo by Gilbert Carrasquillo/Getty Images)

Madden posted a $50,000 bail and although the details of the alleged incident are scarce the Daily News reported at the time that Madden – who is not married – was charged with intimate partner violence.

“We are deeply devastated by this disappointing news,” a spokesperson for Maroon 5 previously told Page Six. “As we learn more, we are looking at this very seriously. For now, we are allowing all of the individuals involved the space to work things through.”

Per the outlet, the identity of the alleged victim is not yet clear.

Mickey Madden performs onstage during the iHeartRadio Album Release Party with Maroon 5 for their album 'V' at iHeartRadio Theater on August 26, 2014, in Burbank, Calif.  (Chelsea Lauren/WireImage)

In 2016, Madden was hit with cocaine charges, however, he accepted a conditional dismissal offer in exchange for a single day of community service, the outlet said.

A rep for Maroon 5 did not immediately respond to Fox News’ request for comment.