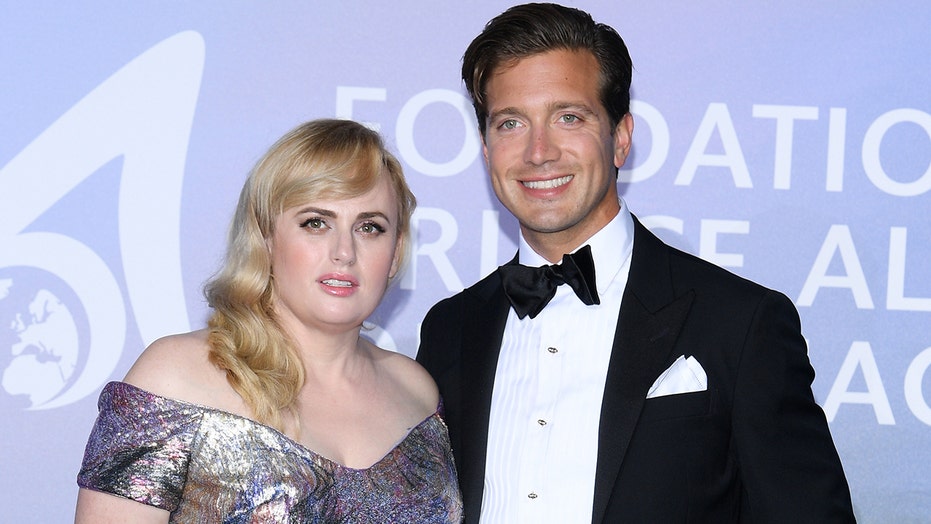 Rebel Wilson made heads turn while attending a gala in the South of France on Thursday.

The "Pitch Perfect" star stunned in a glittery dress, showing off her weight loss while standing on the red carpet next to her rumored new boyfriend, Jacob Busch.

The pair stepped out in their best attire for Prince Albert's Planetary Health Gala in Monaco, which was also attended by Helen Mirren and Kate Beckinsale.

This also marked Wilson’s first red carpet appearance since going public with her weight loss journey. Earlier this year the star dubbed 2020 her “year of health.”

The “Hustle” star and Busch, an Anheuser-Busch brewing heir, met last year, according to People.

Wilson and Busch reportedly got romantic while the pair were quarantined apart with the actress in Australia and the businessman in Los Angeles. A source told the magazine they “officially" became "boyfriend and girlfriend” when Wilson returned to Los Angeles.

"He's a gentleman, has very old school manners and treats her well," the insider claimed. "He is also very health conscious and they've been motivating each other with their health journeys."

According to reports, Busch dated former “Real Housewives of Beverly Hills” star Adrienne Maloof on and off from 2013 to 2017.