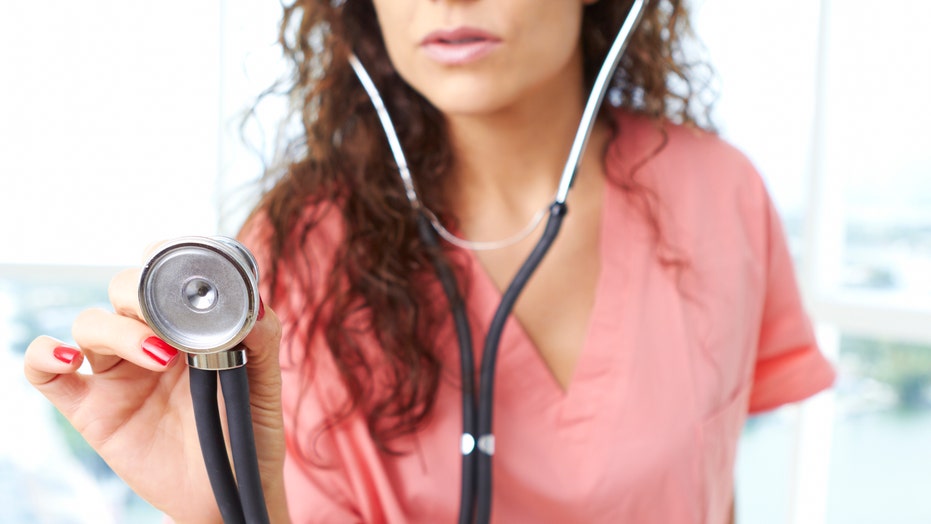 A new ad for Figs scrubs is DOA, according to an angry group of medical professionals.

The offending video features a young woman in hot-pink comfort scrubs and glasses reading “Medical Terminology for Dummies” — with the book upside down.

Hundreds of doctors, nurses and medical students took to social media Tuesday to express their outrage at the company, founded by two women — Heather Hasson and Trina Spear — for promoting what many pointed out is a negative stereotype of female doctors and medical professionals.

The Los Angeles-based brand, which also makes activewear and recently designed a sneaker with New Balance, bills itself as a “disruptor” in the medical apparel space and has grown fast since its founding in 2013.

The company has raised $75 million in funding, $65 million of that coming in 2018 in a Series B round, WWD reported. Plus, it’s a favorite brand among medical influencers, who pose for pictures in the uniforms at Figs-sponsored retreats and hawk them to followers with discount codes.

But medical professionals are lashing out at the company for their portrayal of women docs, specifically DOs, for being less educated or incompetent. A close-up of the model’s drawstring scrubs features a mock-up hospital badge reading “DO,” short for “Doctor of Osteopathic Medicine,” a job which takes a more holistic approach to disease, as opposed to docs with MD degrees.

“As a female and a DO medical student, I am disgusted by how disrespectful and disheartening this ad is,” wrote one objector on Twitter. “Physicians (both DO/MD alike) work TIRELESSLY for the health of their communities.”

Jenny Seyfried, a VP of marketing at Figs previously told The Post, “One of the amazing benefits of social media is that medical professionals can show their whole selves. In addition to being professionals, they’re people. They watch ‘The Bachelor’ just like us.”

They may now reconsider being buddy-buddy with customers online.

The company’s apology — “A lot of you guys have pointed out an insensitive video we had on our site . . . We dropped the ball and and we are so sorry” — was likewise met with derision by type-As on Med Twitter.

“You really need to come out with the notes on this and what the thought process was going into this,” wrote one tsk-tsk-er online. “Let’s call it what it is, sexist. Until you own it, no apology will be enough.”

This story was originally published by the New York Post.