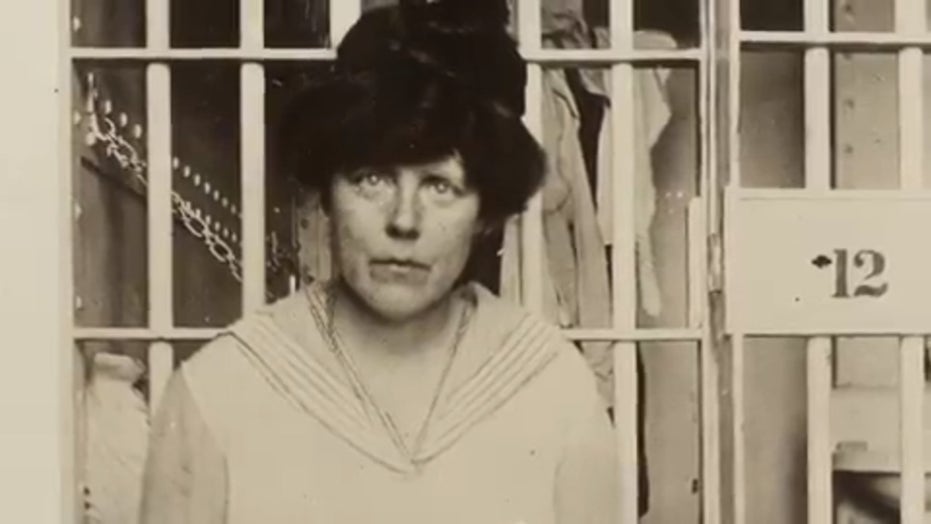 Heroines of the suffragette movement, 100 years since women won the right to vote: documentary

2020 marks 100 years since the culmination of one of the most profound political movements in America, the passage of the 19th Amendment giving women the right to vote.

In the Fox Nation series "What Made America Great,"  "Fox and Friends" co-host Brian Kilmeade explores the history of the suffragist movement and the heroines of the cause, who endured decades of frustration, ridicule, arrests and even torture.

The 19th Amendment is named after one of the first and most well-known suffragists, Susan B. Anthony, who actually decided to put her own interests aside for the sake of others when the Civil War broke out in 1861.

FOR LIMITED TIME, RECEIVE 25% OFF NEW PURCHASE OF A YEARLY FOX NATION SUBSCRIPTION

"Women like Elizabeth Cady Stanton, Susan B. Anthony, they were abolitionists and they were part of the women's suffrage conventions that were happening every year," explained Jane Hampton Cook, author of "Resilience on Parade," in this Fox Nation special.

"They were asked to kind of step aside," noted Cook. "So these women's suffragists gathered petitions, 300,000 petitions calling for the abolishment of slavery and they presented that to Congress. And that became the 13th Amendment. So they were very involved in helping to end slavery."

Many in the suffragist movement expected that with the abolition of slavery, the necessity of the women's right to vote would be recognized. However, their dream would not yet come to fruition.

The suffragist ran up against powerful lobbying groups, which determined that women voters would be bad for business. Among those pressure groups were the liquor lobby, which saw the suffrage movement as closely linked to the temperance movement to ban alcohol. 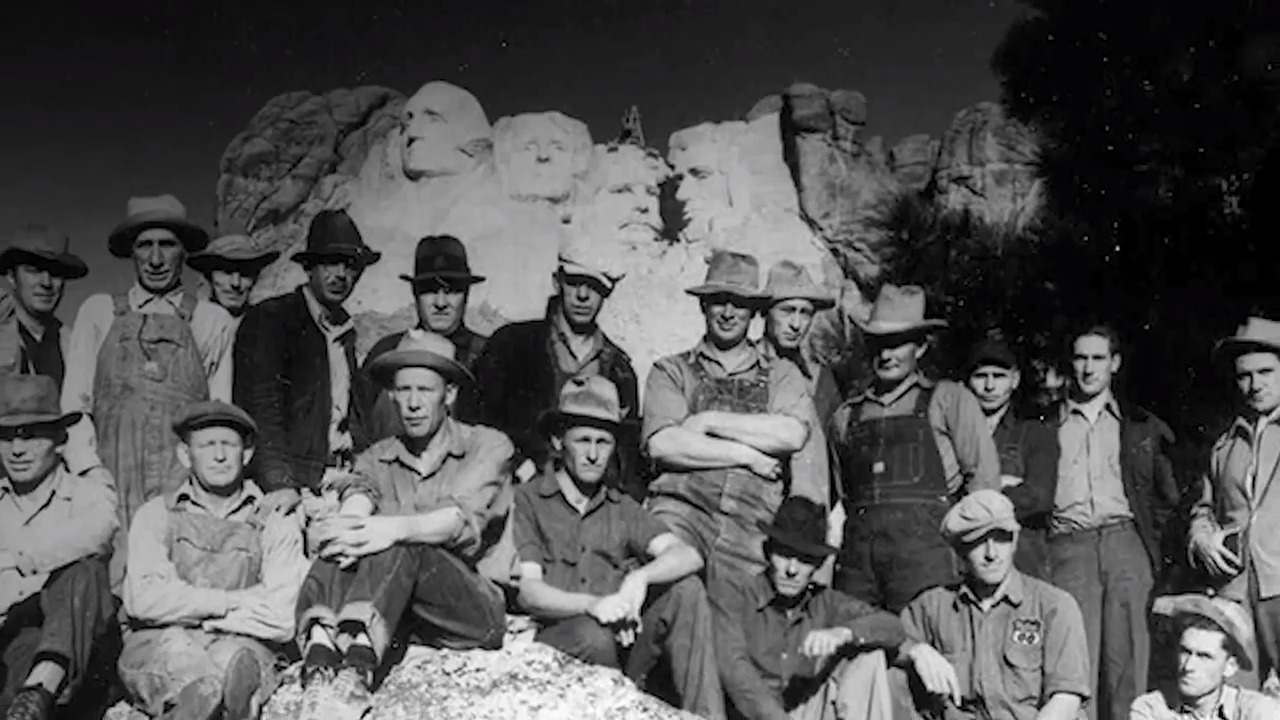 In 1917, the suffragists saw another opportunity to promote their cause. Democratic President Woodrow Wilson was in the White House and Congress was under Democratic control.

"On January 10, 1917, 12 women carrying purple, white and gold flags and two banners came over to the gates of the White House and they stood silently... they weren't chanting, they weren't protesting. But their banners simply said, 'Mr. President, how long must women wait for liberty? Mr. President, what will you do for women's suffrage?" Cook told Kilmeade.

Again, their protests fell on dead ears. Wilson told the suffragists that the Democratic Party would not vote to give women the right to vote and he would not force the issue.

KILMEADE GETS EXCLUSIVE ACCESS TO UNFINISHED SECRET BEHIND MOUNT RUSHMORE

Soon the United States would become involved in World War I, though the suffragists did not allow armed conflict to delay their cause, as it did during the Civil War.

"In August 1917, they bring out a banner that says, 'Kaiser Wilson, have you forgotten how you sympathized with the poor Germans who are not self-governed? Twenty million American women are not self-governing. Take the beam out of your own eye," said Cook, explaining that the suffragists drew a parallel between the treatment of American women and the treatment of German citizens by Kaiser Wilhelm II, with whom the U.S. was fighting a war.

Many of these provocative signs and banners were torn down by angry mobs and the women were even pelted with rotten fruit and eggs, as they kept up their protest outside the White House for six months.

Law enforcement officials began to crack down, jailing the suffragists and charging them with crimes ranging from unlawful assembly to obstructing traffic.  The escalating tension eventually led to the darkest chapters of the suffragist movement.

Kilmeade and Cook traveled to Lorton, Va., the former site of the Lorton Correctional facilities, which operated from 1910 to 2001. The Lucy Burns Museum, which is named for a central figure in the suffragist movement, now occupies that space.

Lucy Burns, along with Alice Paul, were founders of the National Women’s Party, a front-line organization in the suffragist movement. Burns was arrested multiple times for engaging in protests, culminating in a six-month sentence at Lorton Correctional facilities.

Here the suffragists were forced to endure terrible conditions, including stale and rotten food, poor clothing and beatings.

Burns and others went on hunger strikes to protest their incarceration. Prison officials ordered them to be force-fed. Milk and eggs were poured directly into their stomachs through a tube that was inserted through their noses. 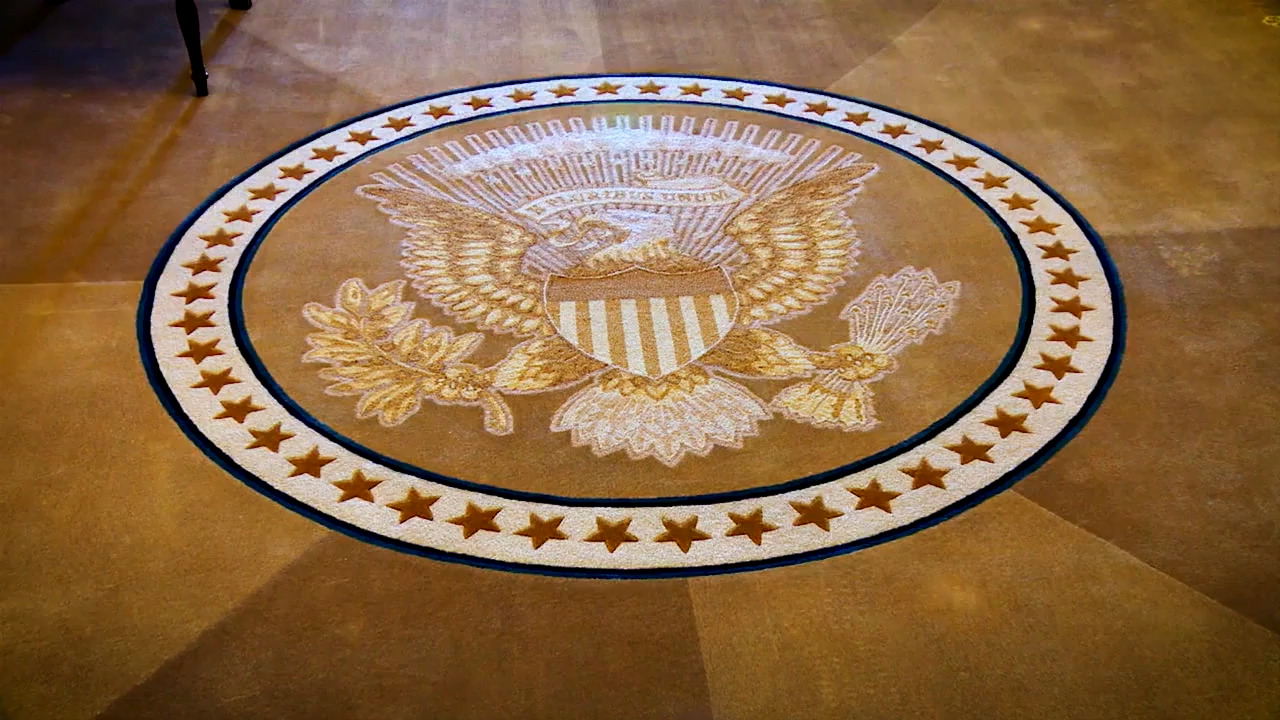 "The night of terror happens November 14th, when the women arrived here for a second time," said Cook. "They were thrown into the cells — one of the women hit her head."

"Lucy Burns was shackled... all night long with her arms above her head. They were beaten and abused," she continued, "The publicity from that is what turned the emotional tide with President Wilson."

Despite the support of the House of Representatives and the president, the Democratic-controlled Senate declined to pass the 19th Amendment. It was not until Republicans won control of both houses of Congress in the subsequent midterm elections that the bill was eventually passed. It was then ratified by the states before it became law.

"When you look at history, in the wide swath, America doesn't always get it right in the beginning, but we like to think they get it right eventually," remarked Kilmeade.

"We eventually got there and that's why it's great to celebrate 100 years later, women winning the right to vote," concluded Cook.

To watch all of this special episode of "What Made America Great," go to Fox Nation and sign up today.

FOR LIMITED TIME, RECEIVE 25% OFF NEW PURCHASE OF A YEARLY FOX NATION SUBSCRIPTION