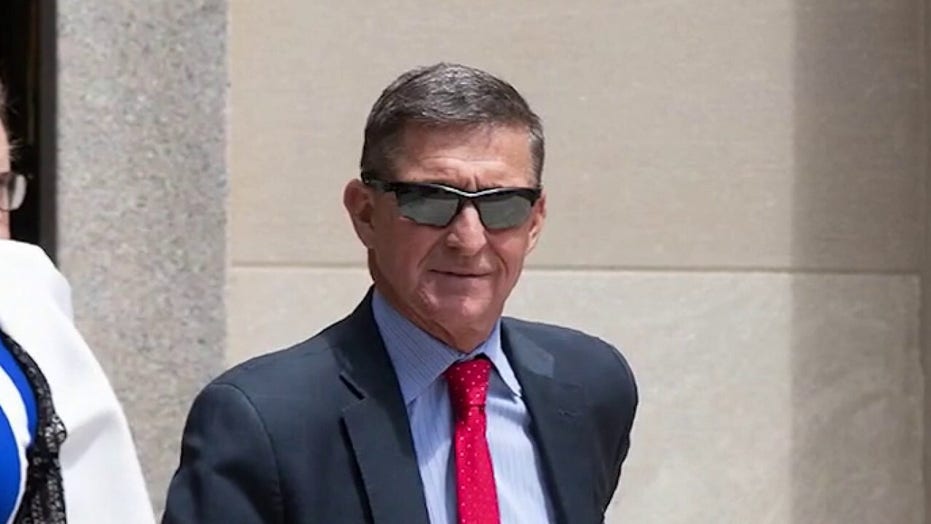 The decision this week by the full U.S. Circuit Court of Appeals for the District of Columbia overriding a three-judge panel’s ruling that would have allowed criminal charges against former National Security Adviser Michael Flynn to be dismissed was flawed, but not unexpected.

Anyone who listened to the hostile questioning by some of the judges on the appellate court during oral arguments could have anticipated the ruling against the retired Army lieutenant general. In fact, many did.

Still, it’s unfathomable that a criminal case against a U.S. citizen has been kept alive for nearly four months after federal prosecutors filed a motion to dismiss the case because “continued prosecution … would not serve the interests of justice.”

Flynn previously pleaded guilty to providing false statements to the FBI. However, he later sought to withdraw his guilty plea after his new lawyer raised troubling issues about government misconduct.

After Attorney General William Barr directed an investigation, the Justice Department asked for the charges against Flynn to be dismissed, because in the department’s view Flynn could not have factually committed the crime to which he pleaded guilty. Questionable conduct also occurred by both Justice Department prosecutors and FBI investigators.

In fact, the bottom line is that Flynn should never have been charged with a crime. Barr acted in the interests of justice in reaching this conclusion and requesting that the charges against Flynn be dismissed.

Normally, that would have been the end of Flynn’s case. When prosecutors conclude someone should not be prosecuted, charges are dropped.

However, because of the stage of Flynn’s case, the U.S. district judge presiding had to approve the dismissal of the charges. Rather than doing so quickly, Judge Emmet Sullivan — in a series of stunning moves — allowed outside parties to file briefs opposing the dismissal, and appointed another retired federal judge to argue against dismissal.

Rather than waiting for the circus to play out, Flynn sought an order from the appellate court requiring Sullivan to dismiss the charges. While he initially won in front of a three-judge panel, the full court reversed that ruling. That’s where we are now.

It’s important to ponder where we go from here and to consider the implications of the appeals court decision. The eight judges in the majority clearly did that — but they came to the wrong conclusion.

No one disputes that mandamus — an order from a higher court to a lower one to take specific actions — is, as the majority of the appellate court said, “a drastic and extraordinary remedy reserved for really extraordinary causes.”

The question turned on whether Flynn's was such an extraordinary case. The majority thought it was not. The two dissenters thought it was.

The majority found that mandamus would be inappropriate in part because an “adequate alternative remedy exists” — that is, the district judge could grant the motion to dismiss the case, or even if he did not, Flynn could then directly appeal or petition for mandamus a second time.

These are Kafkaesque hoops to jump through when the ultimate outcome seems certain, unless we understand the self-interested concerns of judges about being inundated with mandamus petitions seeking to circumvent the normal appellate process.

However, these fears aren’t well-founded. Most of those cases could quickly be distinguished from Flynn’s unprecedented case. After all, how often does the Justice Department agree with a defendant that he could not have factually committed the charged crime? Almost never.

One appellate court judge emphasized that the majority could find “no case in which a court of appeals has ordered a district judge to decide a pending motion in a particular way,” suggesting this as a primary rationale for denying Flynn’s request. But that is because there are virtually no cases in which a judge has acted in the inappropriate manner that Judge Sullivan has.

Among other missteps, Sullivan appointed a retired federal judge to argue against dismissal of the charges against Flynn — over the objections of Flynn and the Justice Department. On top of this, Sullivan wrongly suggested that a defendant seeking to change his plea could be charged with perjury.

Meanwhile, the majority of the appeals court glossed over the fact that Judge Sullivan’s request to have the entire court overturn the three-judge panel’s order to dismiss was completely unprecedented.  Sullivan acted as if he is a party in the case instead of the impartial judge overseeing it.

Judge Karen Henderson, dissenting and labeling Sullivan’s “pattern of conduct” as “extreme,” wrote that this action delivered the “coup de grace to the last shred of the trial judge’s appearance of impartiality.” She noted that the majority on the appellate court couldn’t find a single “instance in which a trial judge to whom a writ of mandamus [has been] directed asserts authority to appeal that writ.”

That is all that is needed, Henderson said, “to demonstrate how far afield from the appearance of impartiality he [Sullivan] has moved. Would the majority give the same yawn if I petitioned the United States Supreme Court for certiorari review of its opinion herein? Of course not.”

Left unsaid, though, is the fact that now, thanks to the majority’s shortsighted decision, such a precedent exists. A district judge who is ordered to take specific action by an appellate court can petition the entire court to overturn the decision of a three-judge panel with seemingly no consequences. That’s extraordinary — and extraordinarily bad.  And it is a rule that Judge Henderson correctly said is “inimical to the appearance of an impartial arbiter.”

Judge Neomi Rao, author of the earlier panel majority opinion that voted to allow charges against Flynn to be dismissed, also wrote a dissent in which she pointed out that the majority’s view of mandamus “runs headlong into our recent decision in In re Hillary Rodham Clinton & Cheryl Mills, where earlier this month three of the judges who refused to grant a writ of mandamus to Flynn granted one for former Secretary of State Hillary Clinton.

The judges prevented Clinton’s deposition from being taken in ongoing litigation under the Freedom of Information Act involving her habit of sending government emails and classified information over her private email server.

For a court concerned that “pundits and politicians [will] frame their commentary in a way that reduces the judicial process to little more than a skirmish in a partisan battle,” this looks bad. A one-day deposition for the former secretary of state is hardly so outrageous as to deserve mandamus to stop it.

But the continued criminal prosecution of a former national security adviser over the Justice Department’s objection and conducting an “inquisition” into its motives for dismissing the charges — all despite the continued personal and financial toll on Flynn — apparently is not as outrageous and deserving of mandamus to stop it.

Judge Henderson’s dissent expressed this perspective in words that should haunt us. She wrote: “Lest we forget, at the center of this case is Michael Flynn — a criminal defendant whom the government no longer seeks to prosecute but who waits in limbo for his case to be resolved. The trial judge has delayed his consideration of the government’s unopposed motion to dismiss with little regard for the time Flynn has spent, and continues to spend, under the weight of now-abandoned criminal charges while the trial judge appears to continue the fight to preserve an improper role. Notwithstanding the trial judge’s counsel’s blasé representation during oral argument, it is intolerable for criminal charges to hang for months over the head of an individual whom the government no longer wishes to prosecute.”

Judge Sullivan’s flawed handling of this case demonstrates the truth of the old adage that justice delayed is justice denied. At this point, all we can hope for is that Sullivan will heed the statement by the appellate court that “As the underlying criminal case resumes in the District Court, we trust and expect the District Court to proceed with appropriate dispatch.”

We bet Michael Flynn hopes so too.

Zack Smith is a legal fellow in the Heritage Foundation鈥檚 Institute for Constitutional Government.