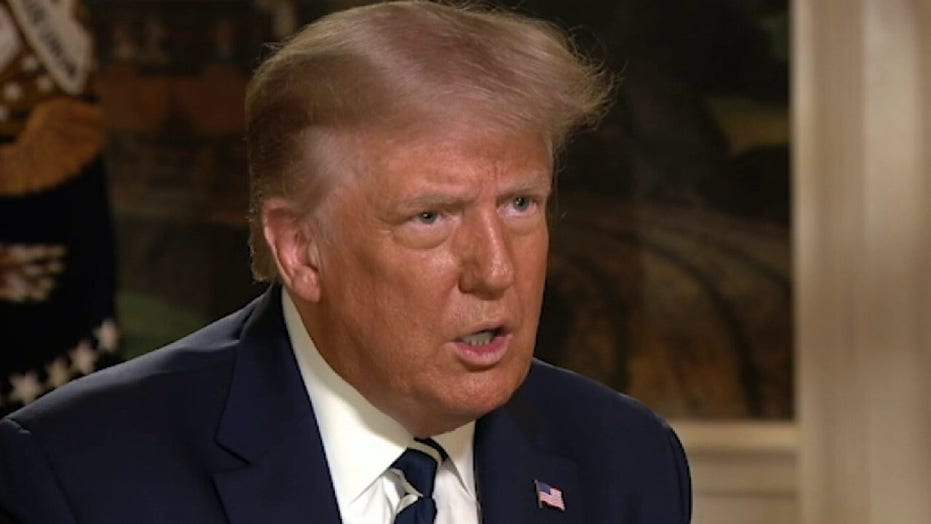 Now that the presidential election is heating up, Joe Biden is suddenly talking tougher on China. But his recent half-hearted statements can’t cover up a lifelong, consistent and catastrophic record of support for the Chinese Communist Party.

Just last year, not long before the deadly China virus hit our shores, Biden was still on his old message, telling a campaign audience that the Chinese communists “are not competition for us” and “not bad folks.” I’m guessing the millions of Americans whose jobs have been lost to China’s dishonest trade practices, not to mention the million ethnic minority Uighurs in Chinese concentration camps, would not agree.

These remarks reflect Joe Biden’s true views, and show us how he would govern if he became president. How can I be so sure?

For starters, the Chinese haven’t done much to hide their preference – in trade negotiations with the Trump administration, they suddenly took a much harder line when Biden announced his candidacy last year, figuring that they might soon have a friend in the White House.

When, for a time, it looked like Biden wouldn’t get the Democratic nomination, the Chinese were suddenly more willing to strike a deal, which they closed in January when Biden was near his weakest point in the polls. (Shortly after this “Phase I” trade deal was struck, President Trump banned travel from China due to the rapid spread of the virus, a move that Biden swiftly condemned as “xenophobia.”)

Episodes like these are why our intelligence community has concluded that China prefers Joe Biden’s candidacy to the reelection of President Trump. But it doesn’t take expert knowledge to see what’s right in front of our eyes. Biden has been around for a long time, and for 50 years his record on China has sounded the same note over and over again: assisting the Chinese Communist Party’s rise, no matter the cost.

By the late 1990s, as China angled for membership in the World Trade Organization and for most favored nation trade status with our country, Joe Biden was already the powerful senior Democrat on the Senate Foreign Relations Committee. At the time, plenty of politicians spoke out about the dangers of elevating China’s trade status, including plenty of Democrats.

But Joe Biden wasn’t among these critics. On the contrary, anything the Senate considered to slow down China’s march to greater trade privileges  – for example, conditioning the new status on increased support for human rights or on better labor practices – Biden voted against and used his significant influence to shoot down.

We cannot afford to hand over the White House to Joe Biden, whose life’s work led to the rise of China.

The devastating legacy of this conduct can be seen across our country today, in shuttered factories and manufacturing towns ravaged by economic hardship.

When Biden served as Barack Obama’s vice president, he continued running interference for the Chinese Communist Party. At a chummy 2012 event with Xi Xinping, Biden toasted China as a “new partner” and said that together, Beijing and Washington would face “global challenges.”

Of the rapacious tactics that were robbing American workers of their livelihoods while locking down China’s strategic advantage in critical fields like pharmaceuticals, rare earths and telecoms, Biden said only that Americans “welcome this competition … It pushes our companies to develop better products and services and our government to craft better policies.”

The very next year Biden was in China along with his son Hunter, whose presence was noted and thought strange by reporters on the trip. China was accelerating its island-building campaign in the South China Sea, but the trip didn’t do anything to push back against that development. What did it accomplish? Not long after the trip, Hunter joined the board of a Shanghai-based private equity firm. A few years later, just after Joe left office, Hunter invested a large chunk of money in the company.

We can safely say that things are going better financially for the Bidens and China than they are for most other American families.

When Joe Biden first came to the Senate, American troops were still on the ground in Vietnam, and China was so poor and undeveloped that it barely registered compared to the threats from the Soviet Union. Today, it is immensely wealthy and our leading adversary. It is seizing territory from its neighbors by force, threatening our security and stealing our jobs.

We cannot afford to hand over the White House to Joe Biden, whose life’s work led to the rise of China.