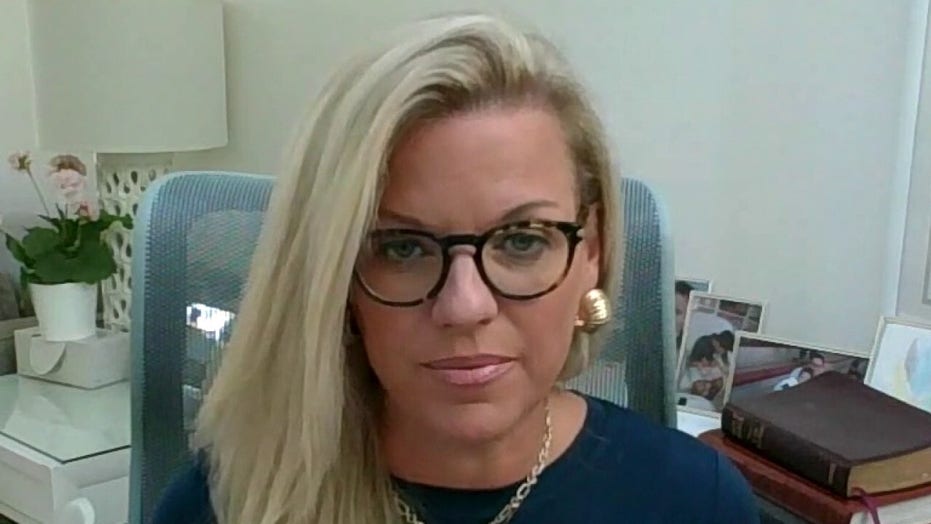 When I first heard that Supreme Court Justice Ruth Bader Ginsburg had died Friday, I nearly cried. Not because I’m a Democrat and I was worried about a liberal voice being silenced on the Supreme Court, but because of how much I have related to her in my life and am grateful for all she has done for women, specifically women like me.

Like Justice Ginsburg, I am of Jewish ancestry and a working mom. Throughout my life and career I have experienced some of the same hurdles and obstacles she did to advancing in my work because of my gender.

Ginsburg fought for women’s rights in the workplace and for gender equality. As a feminist, I saw her as a symbol of the feminist movement.

A. SCOTT BOLDEN: CONFIRMATION OF SUPREME COURT JUSTICE MUST WAIT UNTIL AFTER PRESIDENTIAL INAUGURATION

Ginsburg possessed one of the most brilliant legal minds of our time. In the 1970s she was the director of the Women’s Rights Project at the American Civil Liberties Union and argued for gender equality before the Supreme Court. She won five landmark cases establishing the principle of equal treatment under the law for women and men. No more would women be treated differently under the law based on gender stereotypes.

Whether she was fighting for qualified women not to be excluded from public colleges because of their gender (as in the U.S. v. Virginia) or pay discrimination (as in Ledbetter v. Goodyear, which led to the enactment of equal pay legislation for men and women in 2009), Ginsburg proved she was a legal giant despite her tiny 5-foot-1 stature.

I also related to Ginsburg on a personal level. She suffered many losses in her family: the death of her sister from meningitis at the age of 6 and her mother the day before she graduated from high school. While in law school, her husband struggled with cancer and we all know that Justice Ginsburg struggled with cancer herself.

As someone who lost a child and my father at a young age, it helped to hear a strong, smart and driven woman say she wasn’t going to “sit in the corner and cry.” And she just kept going, inspiring me (and many others) to do the same.

Politically, as a Democrat from the left side of the ideological landscape, her voice will be missed. I have always believed the best and strongest Supreme Court to speak for the people is a court equally divided among opinions; neither left- nor right-leaning, as our nation is currently pretty much equally divided.

And although some might feel that the passing of Justice Ginsburg makes God look like a Republican, handing an opportunity (and some would say a victory) to President Trump and the Republicans, I feel that if you look at the landscape of the Senate races, the Democrats have a far better chance of flipping the Senate in their direction than do the Republicans to keep control.

Currently, three Senate seats that that look very likely to flip to Democratic control are in Arizona, Colorado and Maine. At the same time, states including Iowa, Montana and Georgia are considered ties or toss-ups. This speaks volumes politically.

Republicans could face a backlash if GOP senators confirm a nominee to fill the vacancy on the Supreme Court before the election. This is especially true because they refused to even consider President Obama’s nomination of U.S. Circuit Court of Appeals Judge Merrick Garland to the Supreme Court in 2016, nearly eight months before the November election.

Sen. Lindsey Graham, R-S.C., infamously said four years ago: “I want you to use my words against me. If there’s a Republican president in 2016 and a vacancy occurs in the last year of the first term, you can say Lindsey Graham said let’s let the next president, whoever it might be, make that nomination.”

The American people aren’t stupid and don’t like being lied to. And anger is as much a motivator to vote as “enthusiasm,” which many feel Biden and the Democrats currently lack. Remember the blue tsunami in the House in the midterm elections after the confirmation of Supreme Court Justice Brett Kavanaugh.

I don’t know whether McConnell feels more strongly about keeping his Senate seat and his position as majority leader, or filling the Supreme Court with conservatives. He may have a hard time doing both and wind up kissing his own Senate seat and Republican control of the Senate goodbye as a consequence of putting another conservative on the high court this year.

It’s clear that McConnell and Trump have no intention of honoring Justice Ginsburg’s dying wish, which she dictated to her granddaughter: “My most fervent wish is that I will not be replaced until a new president is installed.”

Trump has already cast doubt on the authenticity of the statement, without any evidence, angering people for being disrespectful of Ginsburg’s memory.

Ginsburg will always be remembered and revered. In life she took the time to take photos with anyone who would ask. And as an avid fan of the opera, she received a standing ovation every time she’d enter the Kennedy Center for the Performing Arts in Washington.

Ginsburg died on one of the holiest days in Judaism, Rosh Hashana, the Jewish New Year. One of the themes of the holiday suggests that very righteous people would die at the end of the year because they were needed until the very end.

If Republicans decide to fill her seat with a conservative, that person will never truly be able to fill the shoes of one who deserved the title “the Notorious RBG.”

Leslie Marshall joined Fox News Channel as a contributor in 2009; providing analysis on both political and social issues from a liberal point of view. A nationally syndicated talk host, whose program, "The Leslie Marshall Show" can be heard on radio, stream, "Tune In," "The Progressive Voices Radio Network," and "The Armed Forces Radio Network."