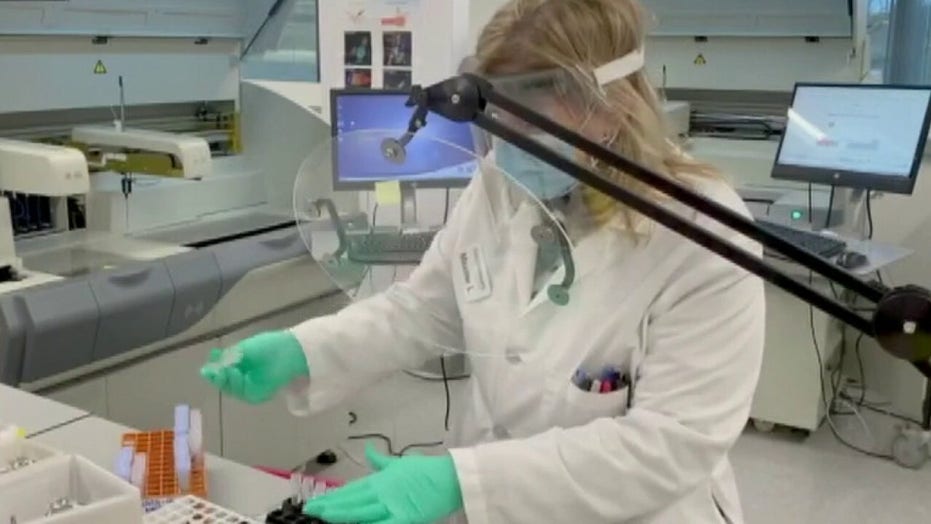 “Mrs. Vega,” I said slowly, holding her hand, hoping I could be heard above the noise of the intensive care unit through my N95 facemask. “It is time to put you on the ventilator.”

Vilma Vega looked at me from behind her oxygen mask. At 57 and struggling with COVID-19, she was breathless in her speech, chestnut hair matted with sweat. I met the fear in her gaze, careful to hide my own. I was unprepared for her response.

“But Dr. Ahmed, if you put me on, will I come off the ventilator?”

DR. TOM FRIEDEN: CORONAVIRUS HAS THE UPPER HAND, BUT WE CAN STILL STOP THE VIRUS

That was the beginning of our time together in at New York University- Winthrop in the COVID-19 Critical Care Unit where I was working as a critical care physician during the peak of the crisis in New York in March and April.

I agreed with my patient (whose family has given permission for me to disclose her name here) that we couldn’t be sure she would survive. But I told her that at this moment we had no choice. Without a ventilator, I could no longer oxygenate her blood to keep her alive.

“Yes,” she rasped, nodding her head.

Holding her hand at her bedside, I called out orders. Almost a dozen critical care staff swarmed around her. Anesthesia colleagues arrived in personal protective equipment complete with built-in, helmeted ventilation systems, because intubating a COVID-19 patient is a superspreading event.

The intubation went smoothly. As I programmed the settings for her ventilator and initiated all the treatment protocols needed for severe hypoxic respiratory failure common during this pandemic, I did not know then how attached I would become to this patient. It was unlike any other journey in my nearly 30 years of practicing medicine.

In almost 50 days rotating in the ICU I took care of dozens of critically ill patients.

Only two of my patients survived.

I learned to guard my instinctive and educated hopes. I found that caring for COVID-19 patients is a devastating, cruel pursuit.

She spent 19 days and nights supported by the mechanical ventilator. Her ICU regimen included antibiotics, antimalarials, anti-inflammatories and powerful drugs that modified her immune system. Later she needed vasopressors — drugs that stimulate the circulation and the heart to maintain blood pressure.

Each day after rounds at the bedsides of all my patients I carefully removed my personal protective materials, cleansing each piece systematically. I then made a series of long phone calls with every patient’s family members from an office.

Mrs. Vega’s husband, Anthony, would answer on the first ring. He told me of his prayer group, a community of fellow congregants who were collectively praying for his wife, and were now also praying for me. Mr. Vega knew every one of his wife’s caretakers by name. Many of us were named by his prayer circle.

In many of the family phone meetings with the Vegas and others, family members invoked God. Some referred to me as an angel, even though I had felt more like the harbinger of death.

For me, as when I first moved to New York 28 years ago, the city remains a rugged tapestry of religious belief and nonbelief. Among the believers are Protestants and Catholics, Jews, Buddhists, Hindus and members of my own Muslim faith. In fact, I’d wager that just about every religion on Earth is represented in America’s largest city.

In American medicine, strict rules govern the interaction of medicine and religion. The doctor — even in faith-based hospitals — must separate his or her own faith from that of the patient’s. Doctors proselytizing to a patient are in violation of professional codes of conduct and can face the loss of their medical license.

Yet in this pandemic, the separation of doctor from faith is often lifted by the families of patients. COVID-19 protocols banished clergy from bedsides both for their safety and because there was not enough personal protective equipment to fit them.

Each believer — doctor or patient— had to be his or her own clergy member.

Ten days into her ICU stay, Mrs. Vega’s niece tracked me down online, posting a photograph of a beautiful family. I studied the photograph like an archivist.

The family stood in formal finery, carefree and laughing in our world before it was turned upside down by the nightmare of the pandemic. They were posed on a green lawn, woodlands in the distance, dressed for an outdoor wedding on an overcast day.

Adult children — two daughters and one son — surrounded the parents. At the epicenter was the mother – my patient.

Each day — when I came in to examine, assess her, modify her care and ponder what more could be done — I looked at that photo. I felt a love only a doctor can know for her patient — a deep, irrational hope for her survival, no matter the odds.

Doctors — no matter how long we have practiced, no matter how well-trained we are — are human beings with emotions just like anyone else. The death of a patient is something we all dread.

I invited other families to bring in photographs. The ICU became decorated with the mosaics of our patients’ lives.

There were pictures of patients with beloved partners, children and grandchildren, in the height of summer tending to a tomato garden and laughing with friends. In a masked unit where no one had faces, we could see our patients in snapshots of happier times, smiling and healthy.

As the epicenter of the pandemic moved to New York, my patients were not responding in ways that I had expected from my previous decades of critical care medicine. Escalating levels of support and modes of mechanical ventilation yielded only painfully meager gains. For many, superinfection set in. My heart ached.

Mrs. Vega had septic shock once more. With this secondary infection, her heart could no longer respond to medications supporting her blood pressure. I guessed that a fungal infection was coursing through her veins. As I commenced the antifungals, I knew her death was imminent.

For the first time during the pandemic, I met with a patient’s family in person. A patient liaison lent us a cramped conference room. Across the table was the same family from that open-air wedding in the photograph. They wore makeshift personal protective equipment, their eyes revealing a family lost in the enclosing grief.

To my right sat Father Damien, the Catholic priest the Vega family requested. And next to me were two physician colleagues I had invited. Though it was our first time meeting, I felt I knew the Vegas. A son and daughter arrived. Another daughter joined by FaceTime from Texas.

I gave the family what I felt was the worst news they would ever hear.

We talked about the difficult course of Mrs. Vega’s illness, her valiant battle, the level of critical care she was receiving. I talked about how deeply attached I and my team had become to her.

I told the family that care was now prolonging her suffering and delaying what could be a dignified death. In long minutes filled with deep sadness, the family came to a consensus that she had suffered enough.

I asked if there was anything further I could do for the family.

Mr. Vega spoke immediately. “Dr. Ahmed, we would be honored if you could read her the last blessings, the last rites.”

I looked at Father Damien. “If you give me the text it would be my honor to do so and I will at once,” I responded.

Father Damien handed me “Commendation of The Dying.” One side was in English, the other in Spanish. I folded it in two and placed it in my whitecoat pocket.

After donning the required personal protective equipment, I went into the room and told the nurse there: “I need you to witness me read the last sacrament, and document this in the record.”

I pulled the instructions from my pocket carefully and read them aloud. The priest had said I should hold the patient’s hand and look into her eyes; they were closed.

Nineteen days had passed in this very spot where she had asked me fearfully if I would be able to ever liberate her from the ventilator.

I struggled to keep my tears from spilling over my eyeglasses, filling my goggles or leaking through my N95. I checked her cardiac monitor, wondering for a flicker of physiological response.

“What will separate us from the love of Christ?” began the blessing. “Whether we live or whether we die, we are the Lord’s. We have a building from God, a dwelling not made with hands, eternal in heaven.”

Mr. Vega, fully gowned in personal protective equipment, was at the bedside of his beloved wife for his final farewell. I let go of her hand, placing his hand in hers.

Encircling Mrs. Vega as I looked upon her broken body, I was not just her Muslim doctor, but now a stand-in for her Catholic priest. I remembered the words of my late mentor, the Jesuit-trained, Italian American Catholic Dr. Michael Ammazzalorso, whom I met when I was 23.

“Qanta, a doctor is closer to her patient than their spouse or priest,” he had told me.

I continued the reading of Psalm 23. I had long found it soothing as I had seen it framed on walls and heard it recited in movies. Some New York City emergency medical technicians have it emblazoned on their helmets. I hadn’t known it was in the last sacrament.

Mr. Vega bowed his head toward his wife’s hand, his shoulders shaking silently. A stillness fell upon us as I finished the commendations first one time, then a second, then a third.

“Thank you for witnessing that,” I said to the nurse.

In her final act, Mrs. Vega had gathered all three Abrahamic faiths — Christianity, Islam and Judaism — into one flock, seeking shelter. In that moment God came down among us and held us close. We each felt renewed.

Qanta A. Ahmed, M.D., is a senior fellow at the Independent Women’s Forum and an Attending Critical Care Physician at New York University Langone. @MissDiagnosis