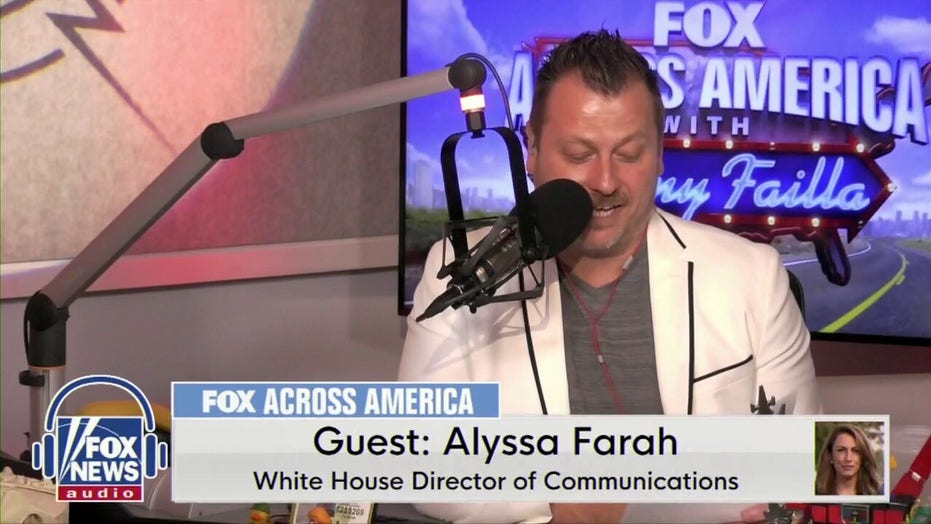 White House Communications Director Alyssa Farrah is resigning from the Trump administration, she announced on Thursday.

Farah, who entered the administration as Vice President Pence's press secretary in 2017, heaped praise on the president and touted his accomplishments.

"I am deeply proud of the incredible things we were able to accomplish to make our country stronger, safer, and more secure," she said.

"Under this Administration, the ISIS caliphate was destroyed, American hostages were returned home, NATO is stronger than ever, we鈥檝e brokered historic Middle East peace deals, and I was on the ground in Kabul for the announcement of a historic peace deal between the Afghan Government and the Taliban aimed at ending America鈥檚 longest war.

"We delivered historic tax cuts, putting money back into the pockets of hard working Americans. We rebuilt the judiciary with Constitution abiding independent jurists and we worked to create the most inclusive economy in American history - that gives every citizen a real chance to achieve the American dream.

"Finally, I鈥檓 honored to have worked with the entire team on Operation Warp speed who helped usher in a safe and effective COVID-19 vaccine in record time that will save countless thousands of lives. I鈥檓 forever grateful to have had the opportunity to serve my country."

Friday will be her last day. Her departure came as the president continued fighting to maintain his position in the White House, pursuing legal battles to challenge election results in multiple states.

According to The Washington Post, Farah planned to start a consulting firm and had initially sought to leave the administration before the election.

The 31-year-old was the first person to serve as the vice president's press secretary, White House communications director, and Defense Department press secretary all within one administration.

Last week, she praised the administration for nominating a number of women to its communications team.

She was responding to news that President-elect Biden was appointing women to serve in several senior communications positions.