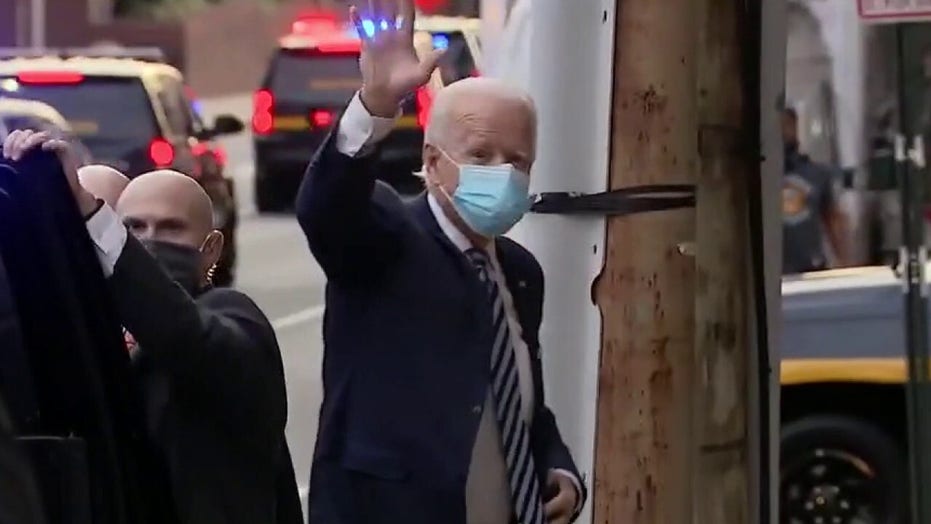 President-elect Joe Biden said during an interview Thursday that he plans to ask the American public to wear masks for 100 days, starting the day he is inaugurated, in order to drive down the number of coronavirus cases.

Biden, during an interview with CNN, said he will ask Americans to mask up, but only for a limited period.

"I think we'll see a significant reduction that occurs with vaccinations and masking to drive down the numbers considerably."

Biden's comments come a day after the U.S. recorded a new high in coronavirus-related fatalities on Wednesday at 2,804, according to data from Johns Hopkins University.

CORONAVIRUS LOCKDOWNS BY STATE: WHAT YOU NEED TO KNOW

The record daily death toll coincides with news of a record number of hospitalized coronavirus patients, topping 100,000 on Tuesday. The grim milestone comes as health officials warned of surges tied to holiday travel and lockdown fatigue.

Biden's comments also come as he urges lawmakers on Capitol Hill to get behind a bipartisan COVID-19 relief effort after a monthslong logjam to deliver much-sought aid as the tempestuous congressional session speeds to a close.

House Speaker Nancy Pelosi, D-Calif., and Senate Democrat leader Chuck Schumer of New York on Wednesday came out in support of an almost $1 trillion approach as the basis for discussions. The announcement appeared aimed at budging Senate Majority Leader Mitch McConnell, R-Ky., who so far has been unwilling to abandon a $550 billion Senate GOP plan that has failed twice this fall.

The Democrats embraced a $908 billion approach from moderate Sens. Joe Manchin, D-W.Va., and Susan Collins, R-Maine, among others. It would establish a $300 per week jobless benefit, send $160 billion to help state and local governments, boost schools and universities, revive popular “paycheck protection” subsidies for businesses, and bail out transit systems and airlines.

“In the spirit of compromise we believe the bipartisan framework introduced by senators yesterday should be used as the basis for immediate bipartisan, bicameral negotiations,” Pelosi and Schumer said. They said they would try to build upon the approach, which has support in the House from a bipartisan “problem solvers” coalition.

The statement was a significant concession by Pelosi and Schumer, who played hardball this fall during failed preelection discussions with the administration on a costlier bill. They wanted a more generous unemployment benefit and far more for state and local government. Their embrace of the $908 billion measure was a retreat from a secret $1.3 trillion offer the two Democrats gave McConnell just on Monday.

It’s another sign of urgency for additional COVID aid and economic stimulus as the economy struggles to recover from being slammed by the novel coronavirus. While the jobless rate isn’t as high as was feared, the restaurant and airline industries are desperate for aid, as are other businesses, state and local officials, transit systems and the Postal Service, among others.