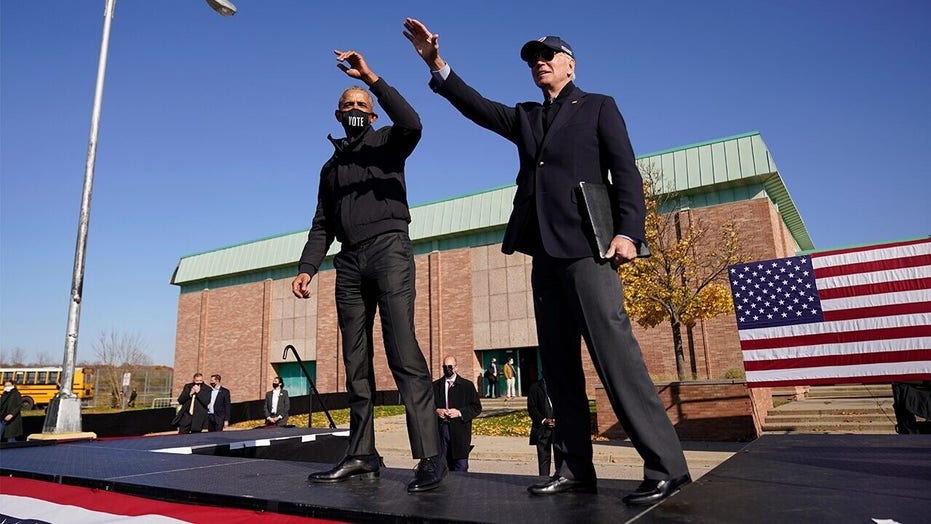 Sen. Scott: How will Biden differ from Obama with identical Cabinets?

President-elect Joe Biden is seeking to distance his incoming administration from comparisons to the Obama years, as some critics speculate his presidency could be the equivalent of a third term for former President Barack Obama.

"This is not a third Obama term because we face a totally different world than we faced in the Obama-Biden administration," Biden told NBC News in an interview this week. “President Trump has changed the landscape, it’s become ‘America First,’ which meant America alone.”

The comparisons come as the president-elect has tapped quite a few individuals for his administration who also served in the Obama White House. Biden said these people were selected because they represent the spectrums of both the American people and the Democratic Party.

During the Democratic primary, some of Biden’s challengers went after him for running on Obama’s legacy despite the fact that circumstances had changed drastically since 2008. He routinely defended the former administration’s stance on issues ranging from health care to immigration.

Fomer South Bend, Indiana, Mayor Pete Buttigieg said Democrats would lose again to Trump if they were perceived as “replicating a system that let people down,” which is what he claimed led frustrated voters to elect Trump in the first place.

Even Obama acknowledged in his endorsement video for Biden that if he were running in 2020, his platform would be different than what he previously ran on.

“The world is different – there’s too much unfinished business for us to just look backwards,” Obama said. “We have to look to the future.”

In regards to the ongoing transition, Biden told NBC that he had not heard anything directly from Trump – but said that he believes staffers on their respective teams have been in communication.

He added that he did not think the slow start to his term would impact his ability to carry out his policies and agenda as planned.