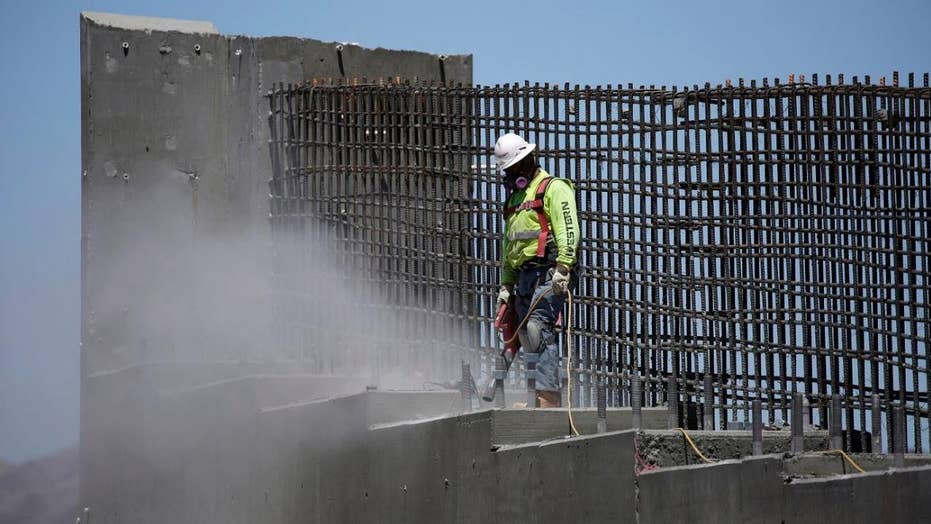 FOX News Sunday host Chris Wallace says neither party will give the other side a 'political victory' through an infrastructure package and government spending won't stop anytime soon due to the coronavirus pandemic.

House Democrats passed a massive $1.5 trillion infrastructure bill on Wednesday, as Republicans accused them of pouring money into what one congressman called a “partisan wish list.”

The Moving Forward Act passed by a 233-188 vote that was almost entirely along party lines. It goes far beyond transportation to fund schools, health care facilities, public utilities and affordable housing, and opponents argue it focuses too much on cities and climate change.

TRUMP TOUTS NEARLY $1B IN US INFRASTRUCTURE PLANS, PROPOSALS

"Instead of seeking bipartisan solutions, this bill adds $1.5 trillion to the nation’s debt and disguises a heavy-handed and unworkable Green New Deal regime of new requirements as an ‘infrastructure bill,’” said Missouri Rep. Sam Graves, according to The Associated Press. Graves is the top Republican on the House Transportation and Infrastructure Committee.

Transportation Committee Chairman Rep. Peter DeFazio, D-Ore., touted the bill as a “transformational investment in American infrastructure that will create millions of jobs,” but Graves said it was merely “a partisan wish list,” due to Democrats including House Speaker Nancy Pelosi throwing in too many of their own demands instead of working toward a bipartisan measure that would have a chance of success.

The only Republicans who voted in favor of the bill are Pennsylvania’s Rep. Brian Fitzpatrick and New Jersey Reps. Jeff Van Drew and Chris Smith. Two Democrats, Reps. Collin Peterson of Minnesota and Ben McAdams of Utah, voted against it.

The White House has already threatened to veto the bill, saying it would “disproportionately benefit America’s urban areas” and divert money from the Highway Trust Fund to transit and rail projects that “have seen declining market shares in recent years.”

The bill includes hundreds of billions of dollars earmarked for improving high-poverty schools with dangerous facilities, creating or preserving affordable homes, upgrading child care facilities, and increasing access to safe drinking water. It also aims to boost low- and zero-emission vehicles and cut carbon pollution, including $25 billion to the U.S. Postal Service for modernization that includes a fleet of electric vehicles.

A narrower infrastructure bill was approved by a Senate committee nearly a year ago but has not made progress since.