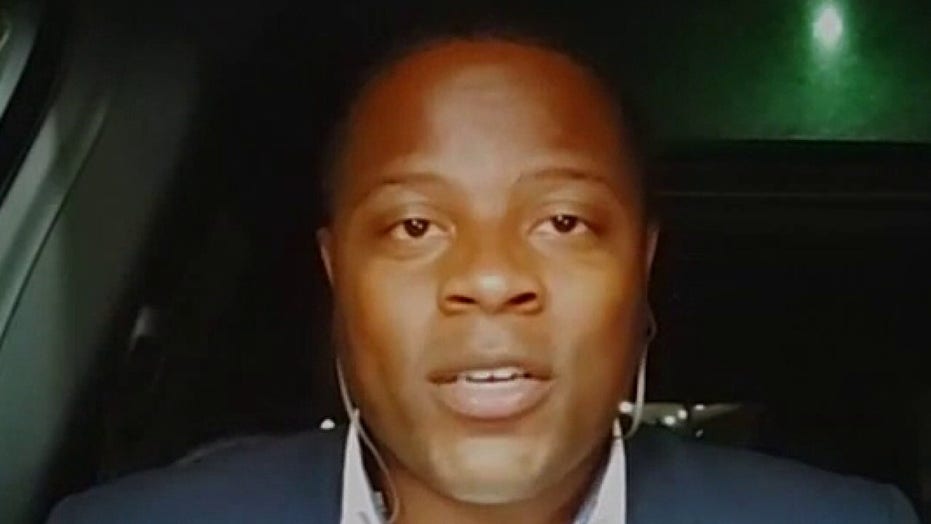 Collins' campaign received national attention recently with a viral ad centered on him walking in front of the 82-year-old Waters' $6 million mansion, which he notes is not even in her district.

In response, Watters has described Collins as a "Trump puppet" who is trying to "be like" the president.

"She can't talk about her record because she has no record," Collins told host Laura Ingraham Monday, "and so the only thing she can say to try and dissuade voters is 'he's a Trump puppet.'

"So, that's pretty odd," Collins added. "But I'll tell you this, President Trump has done an incredible job creating policies that we can use to build, but he's done a great job with our economy. I prefer to be a Trump puppet than someone who supports Maxine Waters or be Maxine Waters any day."

In his ad, Collins said crime has spiked 15 percent in Los Angeles since Waters took office in 1991, adding that "she does not drink our water, she does not breathe our air and while she sits here, in her mansion, our district is in ruins."

"I was one of the kids left behind by Maxine Waters," Collins goes on. "I'm going to fight for safety and dignity for South L.A."

"Maxine, she's been in office for a very long time," he explained to Ingraham, "and if you live in South L.A., you know the conditions of the district and they're not normal. The people are ready for a change."

Collins went on to say that if the Democratic machine Waters is a part of continues to run Los Angeles unabated, "it's going to get real bad."

"We can see from homelessness already, it's been skyrocketing since 2009. And Maxine, she's a legislator," he said. "She has the power to create or remove legislation and affect positive change and brings value to our lives and she has failed to do that for the amount of time that she spent in Congress as well as the [California] State Senate and the State assembly.