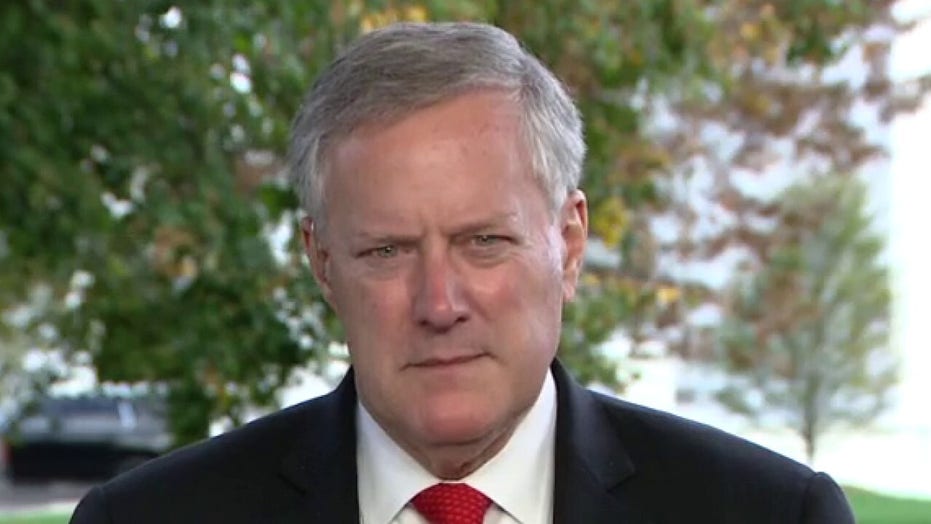 Meadows: Trump is 'willing to lean in' to get COVID relief deal

The question that the media and voters should be asking amid the ongoing controversy over Hunter Biden's overseas business dealings is, "What kind of access did Hunter sell to his father," then-Vice President Joe Biden, White House Chief of Staff Mark Meadows told "Bill Hemmer Reports" Wednesday.

"I want to stress one thing," Meadows told host Bill Hemmer. "This is not about Hunter Biden. This is about the Biden family. This is about pay-for-play."

Meadows added that "the American people going to the voting booth right now, they need to understand this has nothing to do with Hunter Biden as much as it does to do with Joe Biden."

The chief of staff responded to calls by some Republicans for the appointment of a special counsel by telling Hemmer that he "looked at that as a possibility ... but I don't want to discount the efforts of Attorney General Bill Barr and his team to hopefully look at this in a reasonable and responsible way."

Turning to ongoing negotiations between House Speaker Nancy Pelosi and Treasury Secretary Steven Mnuchin over additional coronavirus relief legislation, Meadows claimed President Trump was "willing to lean in" to reach an agreement "if we see fair negotiations from Pelosi."