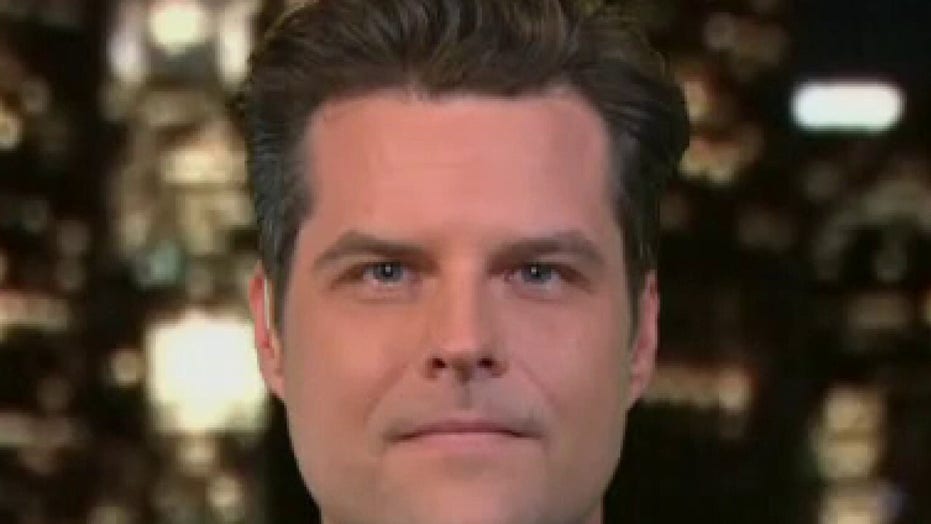 President Trump should consider pardoning himself and other administration officials given Democrats' "blood lust" for his associates, Rep. Matt Gaetz, R-Fla., told "The Ingraham Angle" Tuesday.

The two-term congressman said, President Trump should "pardon everyone from himself to his administration officials, to Joe Exotic if he has to."

The pardons should come because "the radical left [has] a blood lust that will only be quenched if they come after the people who worked so hard to animate the Trump Administration with the policies and the vigor, and the effectiveness that delivered for the American people," Gaetz said.

He added that he thought "the president ought to wield that pardon power effectively and robustly."

Trump could theoretically pardon himself as the Constitution contains no provision against doing that.

"I have the absolute right to PARDON myself," Trump tweeted in 2018, "but why would I do that when I have done nothing wrong? In the meantime, the never ending Witch Hunt, led by 13 very Angry and Conflicted Democrats (& others) continues into the mid-terms!"

"Witch Hunt" was a reference to the Russia investigation, which conservatives have held up as an example of the Justice Department abusing its authority.

The pardoning of Flynn came after two guilty pleas from the 23-year military veteran, but the prosecution of Flynn came under scrutiny after the release of FBI documents that indicated a plot to get Flynn to lie. "What is our goal?" read one of the FBI's notes. "Truth/Admission or to get him to lie, so we can prosecute him or get him fired?"

Following those revelations, Trump's Justice Department moved to drop its case against him but has since encountered hurdles in court. The D.C. Circuit Court of Appeals rejected in August Flynn's plea to force a federal judge to drop his criminal case.