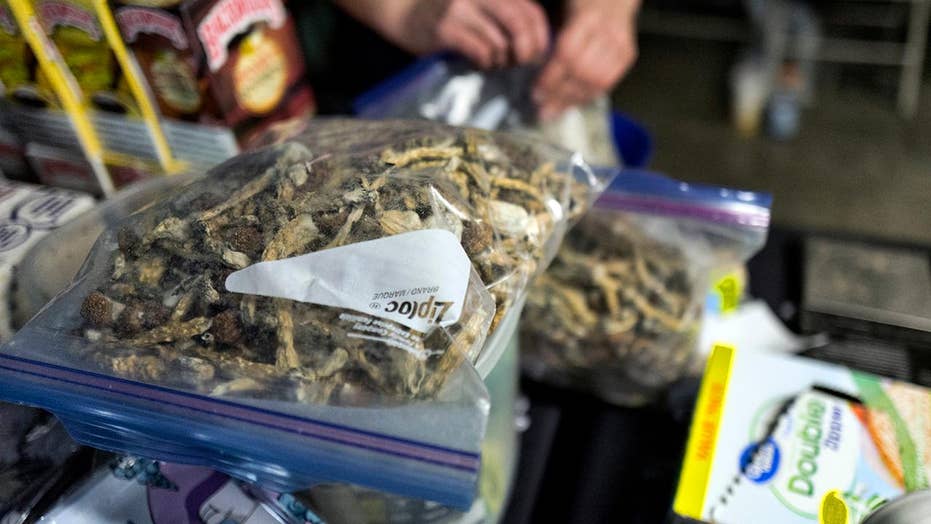 "The Mayor and City Council hereby declare that it shall be the policy of the City of Ann Arbor that the investigation and arrest of persons for planting, cultivating, purchasing, transporting, distributing, engaging in practices with, or possessing Entheogenic Plants or plant compounds which are on the Federal Schedule 1 list shall be the lowest law enforcement priority for the City of Ann Arbor," the resolution passed Monday says.

The resolution applies to "plants, fungi, and natural materials ... that can benefit psychological and physical wellness."

Much of the resolution is framed around the potential for psychedelic plants to treat disorders such as "substance abuse, addiction, recidivism, trauma, post-traumatic stress symptoms, chronic depression, severe anxiety, end-of-life anxiety, grief, cluster headaches, and other debilitating conditions."

Jeff Hayner, a city council member who co-sponsored the resolution, reiterated the therapeutic benefits of these drugs Tuesday.

"It has been my understanding that psilocybin, for instance, shows great potential for treating addictions to alcohol, cocaine, and nicotine," Hayner told Fox News. "It also has been used to treat depression, OCD, migraines and cluster headaches, and has especially been used to deal with recognition of end of life issues, terminal illnesses. We had a caller last night saying that using mushrooms saved his life from serious depression, it was the only thing that helped him, very moving."

In this Friday, May 24, 2019 photo a vendor bags psilocybin mushrooms at a cannabis marketplace in Los Angeles. (Associated Press)

OCASIO-CORTEZ WANTS TO MAKE IT EASIER TO STUDY MAGIC MUSHROOMS, OTHER PSYCHEDELIC DRUGS

"High-dose psilocybin produced large decreases in clinician- and self-rated measures of depressed mood and anxiety, along with increases in quality of life, life meaning, and optimism, and decreases in death anxiety," a 2016 study in the Journal of Psychopharmacology found.

Researchers at NYU Langone Medical Center found in a separate 2016 study that when cancer patients took a single dose of psilocybin mushrooms, depression and anxiety decreased for months at a time.

“Our results represent the strongest evidence to date of a clinical benefit from psilocybin therapy, with the potential to transform care for patients with cancer-related psychological distress," lead researcher Dr. Stephen Ross said in a news release.

"This is a serious topic with potentially serious benefits," Ackerman said. "To give some perspective, Johns Hopkins, a premier medical research university, just launched a $17 million research center dedicated exclusively to researching the medical benefits of these substances, because Johns Hopkins and their donors see the tremendous potential of these future medicines."

Decriminalize Nature Ann Arbor, the group that helped usher the resolution through the Ann Arbor City Council, also cites American liberty and personal freedom in arguing for the decriminalization of psychedelic plants.

"Human beings and American citizens have an unalienable natural right to use plants of their choice," the group explains on its website.

Critics of the measure worry that the drugs could end up in the hands of kids or lead to other dangerous scenarios. The resolution attempts to address these concerns by saying it does not authorize "commercial sales or manufacturing of these plants and fungi, possessing or distributing these materials in schools, driving under the influence of these materials, or public disturbance."

Ann Arbor is following the lead of other U.S. cities that have legalized psilocybin mushrooms, including Denver, and Oakland and Santa Cruz in California.

Oregon Public Broadcasting reports that Oregon residents will vote in November on an initiative to allow the therapeutic use of psilocybin in the state. It would make Oregon the first state in America to legalize some use of the drug.