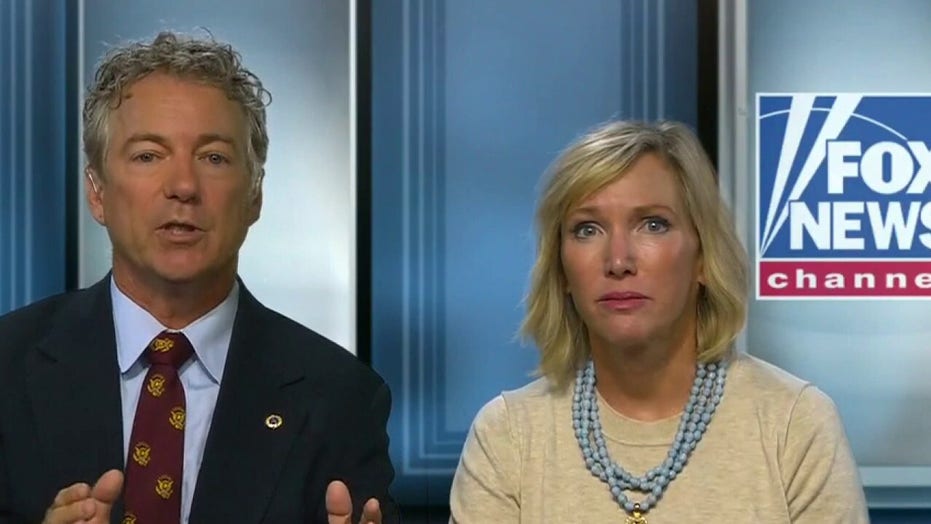 Rand Paul recounts 'terrifying' attack by angry mob: 'These thugs would have killed us'

Sen. Rand Paul, R-Ky., and his wife Kelley joined "Tucker Carlson Tonight" Friday to recount what happened when they were violently accosted by a mob of left-wing demonstrators as they left the White House following the conclusion of the Republican National Convention Thursday night.

"It was terrifying," Kelley Paul told host Tucker Carlson. "I have never experienced anything like that in my life. We felt completely powerless."

Carlson, who described the mob as violent throngs of "Joe Biden voters," noted that Kelley was repeatedly called a "b---h" and "w---e" by demonstrators while her husband was repeatedly told to say the name of Breonna Taylor, a Black Kentucky woman who was killed by police during a so-called "no-knock" raid this past March.

"At first I was trying to look in their eyes and trying to have any kind of reason ... to see someone as a human being and I realized they did not see us as human beings," Kelley Paul said. "We were Trump supporters, so they absolutely despised us."

SEN. RAND PAUL: MY WIFE AND I WERE ATTACKED BY A MOB -- DEMS WOULD WORSEN PROBLEM BY BOWING TO RIOTERS

She added that "in that moment, it was a bloodthirsty mob, and all I could think of was the man who was kicked in the head in Portland ... or the man whose jaw was broken [in Kenosha] or an eight-year-old Secoriea Turner. I really thought we were going to lose our lives, I thought someone was going to throw a brick. It was the most terrifying moment of my entire life."

Carlson also noted that a van carrying Fox News technical staff, though not identified as such, was surrounded and boarded by other members of the left-wing mob that night.

"It seems like the Biden voters pounding on it had no idea who was riding in it," he said. "They didn't care. Their assumption seemed to be everyone in a motor vehicle was an agent of white supremacy."

Rand Paul noted that his support of criminal justice reform should not be taken as criticism of policing in general and stated that "more than 99 percent" are responsible, well-trained officers of the law.