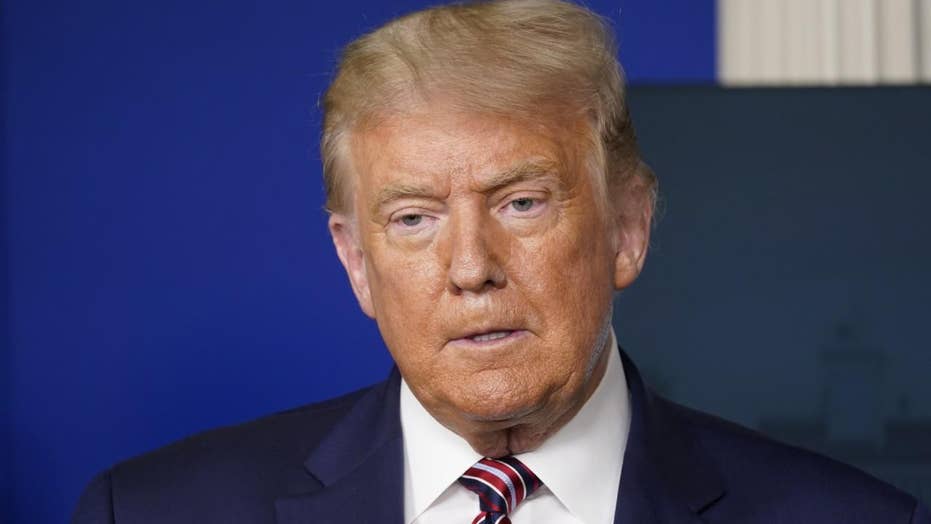 Trump: Obama administration 'spied on my campaign, which is treason'

President Trump in an exclusive interview with FOX Business' Maria Bartiromo outlines all the grievances during the Trump-Russia probe and how many Obama administration members knew about the spying. He later says U.S. Attorney General William Barr needs to keep taking action.

President Trump on Thursday said he hopes U.S. Attorney John Durham, who is investigating the origins of the Russia probe, is “not going to be politically correct” and warned that Attorney General William Barr could go down as “the greatest attorney general” or just “an average guy” — depending on what comes out of the monthslong probe.

During an exclusive interview with FOX Business' Maria Bartiromo, the president was asked about the Durham probe, which the Justice Department has said could yield some results by next month.

DURHAM, UNDER PRESSURE TO WRAP UP INVESTIGATION, COULD 'PUNT' TO AFTER ELECTION DAY: SOURCE

“I hope he’s doing a great job, and I hope they’re not going to be politically correct,” Trump said. “Obama knew everything. Vice President Biden, as dumb as he may be, knew everything, and everybody else knew.”

“And [former FBI Director James] Comey, and [former CIA Director John] Brennan, and [former Director of National Intelligence James] Clapper, they were all terrible, they lied to Congress,” the president added.

The president went on to say he hopes Durham is “doing a job,” and that his team “is not going to be politically correct and just get a couple of the lower guys.”

“Bill Barr can go down as the greatest attorney general in the history of our country, or he can go down as an average guy. We’ll see what happens,” Trump said.

The president doubled down, saying: “Bill Barr and Durham have a chance to be — Bill Barr is great most of the time, but if he wants to be politically correct, he’ll be just another guy.”

“They have all the answers,” Trump said. “It goes all to Obama, and it goes right to Biden.”

The president went on to slam former Special Counsel Robert Mueller and his years-long investigation into whether his campaign colluded or coordinated with the Russians to influence the 2016 presidential election.

Mueller’s investigation yielded no evidence of criminal conspiracy or coordination between the Trump campaign and Russian officials during the 2016 election, though the question of whether Trump obstructed justice was left open in the final report. 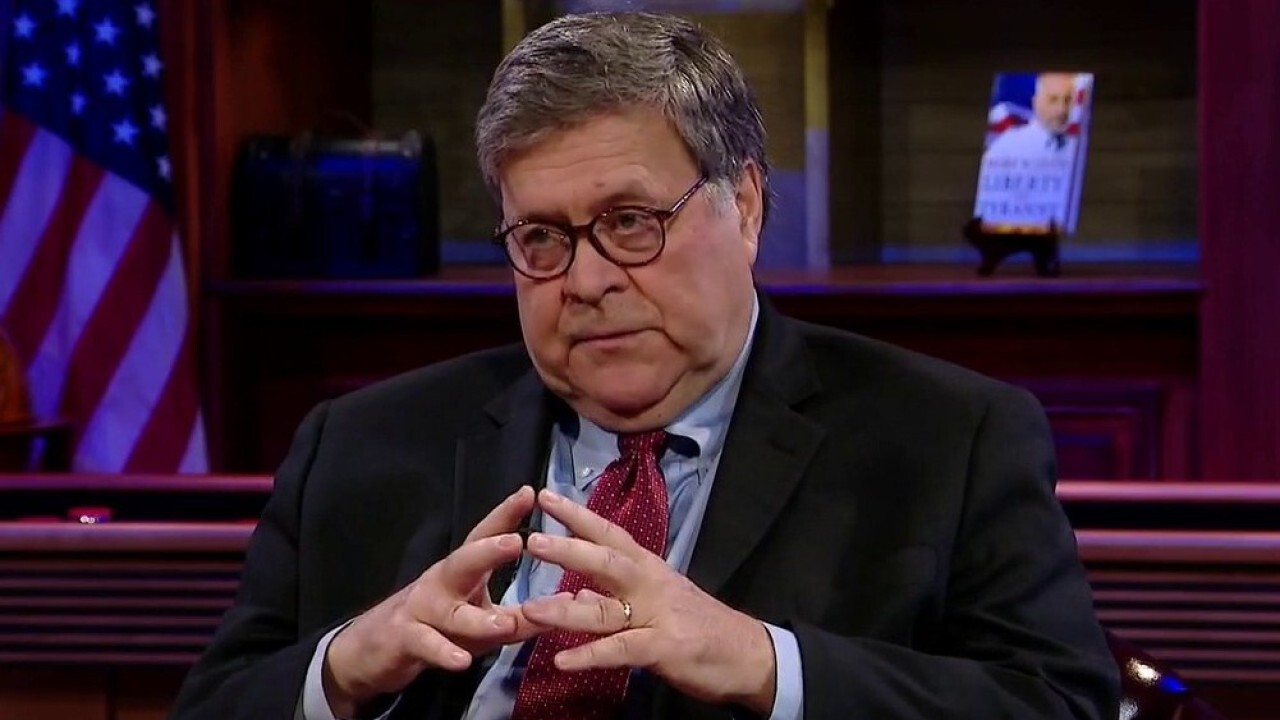 Following Mueller’s investigation, Barr appointed Durham to then investigate the origins of the FBI’s original Russia probe, which began in July 2016, through the appointment of Mueller in May 2017.

Durham’s team includes a number of federal prosecutors, including Jeff Jensen, the U.S. attorney for the Eastern District of Missouri who was tapped by the DOJ in February to review the case against Michael Flynn. In May, Barr also tapped U.S. Attorney for Western Texas John Bash to launch a more focused review on the process of unmasking.

The Justice Department also revealed that Durham, himself, is investigating the unmasking of Trump campaign associates as part of his broader review. That line of investigation was confirmed after Grassley, R-Iowa, and Sen. Ron Johnson, R-Wis., made public a list of Obama officials who purportedly requested to “unmask” the identity of Michael Flynn, who at the time was Trump’s incoming national security adviser.

Unmasking occurs after U.S. citizens' conversations are incidentally picked up in conversations with foreign officials who are being monitored by the intelligence community. The U.S. citizens' identities are supposed to be protected if their participation is incidental and no wrongdoing is suspected. However, officials can determine the U.S. citizens' names through a process that is supposed to safeguard their rights. In the typical process, when officials are requesting the unmasking of an American, they do not necessarily know the identity of the person in advance.

Barr, though, has said that he does not expect Durham's findings will lead to a “criminal investigation” of either former President Barack Obama or former Vice President Joe Biden -- while noting that their concern of “potential criminality” in the conduct of that probe is “focused on others.”

Barr, earlier this year, said that “not every abuse of power, no matter how outrageous, is necessarily a federal crime.”

“As for President Obama and Vice President Biden, whatever their level of involvement based on what I know, I don’t expect Durham’s work will lead to a criminal investigation of either man,” Barr said. “Our concern of potential criminality is focused on others.”

Meanwhile, sources told Fox News that Durham’s team had been doing their work out of New Haven, Conn. amid the coronavirus pandemic.

Barr, earlier this summer, said Durham’s probe will likely yield "developments" before summer is over, despite delays caused by the coronavirus pandemic.

Barr told Fox News earlier this summer that Americans be able to recognize "some" of the names under investigation in Durham's probe, and that he is "very troubled" by "what has been called to" his attention so far. Among other issues, Durham is reviewing whether federal agencies abused their surveillance powers to pursue figures associated with the Trump campaign.

A source told Fox News that the "pattern of conduct" Durham is investigating also includes misrepresentations made to the FISA court to obtain warrants to surveil Trump campaign associate Carter Page.