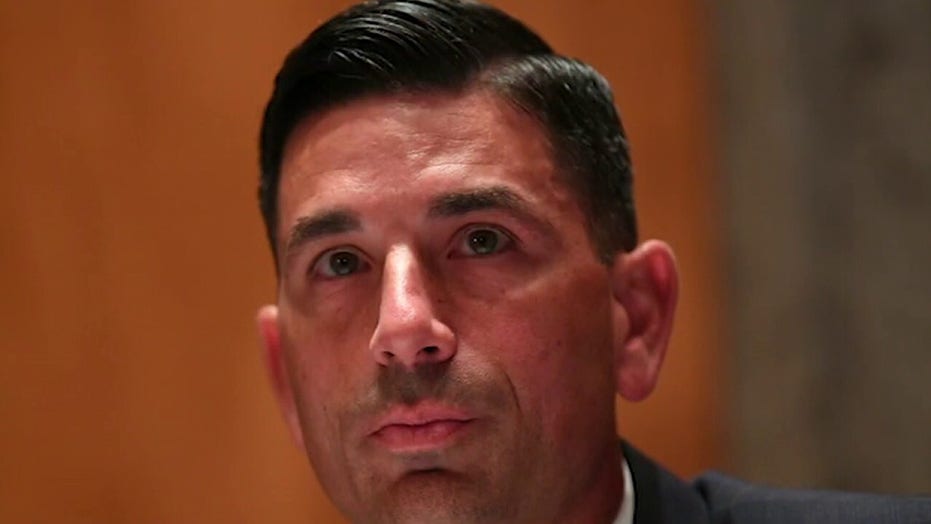 Wolf has been acting secretary since November 2019.

President Trump tweeted Tuesday he's planning on promoting Chad Wolf and will nominate the acting secretary to be the new Department of Homeland Security chief.

Wolf has been serving as acting secretary since November and has taken on a prominent role in the administration's efforts to crack down on violent protests in Portland.

"I am pleased to inform the American Public that Acting Secretary Chad Wolf will be nominated to be the Secretary of Homeland Security," Trump tweeted Tuesday. "Chad has done an outstanding job and we greatly appreciate his service!"

Wolf said in a statement: "I am honored to be nominated by President Trump to lead the men and women of the Department of Homeland Security in safeguarding the American people. As the Homeland faces evolving threats from natural disasters, violent opportunists, malign cyber actors, and transnational criminal organizations, the mission of DHS is as critical as ever."

The last time DHS had a Senate-confirmed secretary was April 2019. That's when Kirstjen Nielsen resigned after 16 months on the job, marked by high-profile efforts to stem the influx of migrants at the U.S.-Mexico border.

Wolf has come under fire from Oregon officials for deploying federal law enforcement to Portland to protect the federal courthouse there from nightly attacks. But he remained firm that federal intervention was needed since local officials left the building to be besieged.

“We have the authority to make arrests on individuals that are targeting that courthouse, committing criminal acts against that courthouse and our law enforcement officers,” Wolf told Fox News in July. “The law is very clear about this.”

Wolf previously served as chief of staff to Nielsen. He was sworn in for the job as Acting Secretary on Nov. 13, hours after the Senate confirmed him as the first under secretary for policy, a role in which he never served but was the necessary legal hurdle for him to take the top job in a temporary capacity.

He replaced Kevin McAleenan, who took over from Nielsen in an acting capacity last April and submitted his resignation in October.

But Wolf's appointment to the acting secretary post was deemed invalid by the Government Accountability Office (GAO) earlier this month -- raising questions about the legality of decisions made during his tenure.

“Because the incorrect official assumed the title of Acting Secretary at that time, subsequent amendments to the order of succession made by that official were invalid and officials who assumed their positions under such amendments, including Chad Wolf and (acting deputy) Kenneth Cuccinelli, were named by reference to an invalid order of succession,” the report, by Congress' investigative body, concluded.

The report found that when Nielsen resigned in April 2019, the order of succession dictated that it should have been the director of the Cybersecurity and Infrastructure Security Agency (CISA) who took over. Instead, Trump appointed Kevin McAleenan -- who was then the head of Customs and Border Protection (CBP).

But the DHS brushed aside the "baffling" report and maintained Wolf and Cuccinelli were lawfully performing their duties at DHS.

“The GAO’s conclusions are baseless and baffling,” Chad Mizelle, the senior official performing the duties of the general counsel, said in a letter, obtained by Fox News.