President Trump declared "I kept my promises" on Tuesday regarding his pledge to build a wall at the southern border.

His statement was made to mark 450 miles of construction along the border as his administration continues to handle damage control because of the fallout from the riot at the Capitol last week.

"For years, politicians ran for office promising to secure the border – only to get elected and do the absolute exact opposite, they even promised a wall," he said in Alamo, Texas, where he signed a plaque on the wall. "But unlike those who came before me, I kept my promises. Today, we celebrate an extraordinary milestone: the completion of the promised 450 miles of border wall," he said.

Trump had promised that his administration would build 450 miles of wall by the end of 2020 and last week officials announced that that had been achieved. Additionally, there are more than 300 miles under construction or pre-construction. It’s a remarkable shift in construction from last year -- where only 100 miles had been built by Jan. 2020.

Critics have noted that much of the construction replaces a structure that was always there. But officials have said that there is no comparison between the old landing mat-style structure that could easily be climbed or pushed over, and the new 30-foot steel bollards that are made with anti-climb technology, cameras, lighting and roads.

The wall provided a key 2016 campaign promise for Trump and a symbol for his efforts to get tough on illegal immigration. The wall is just one of a number of policies to secure the border. Others include the Migrant Protection Protocols, which keeps migrants in Mexico as they await their hearings, and asylum cooperative agreements with Northern Triangle countries to stem the flow of migrants to the border. 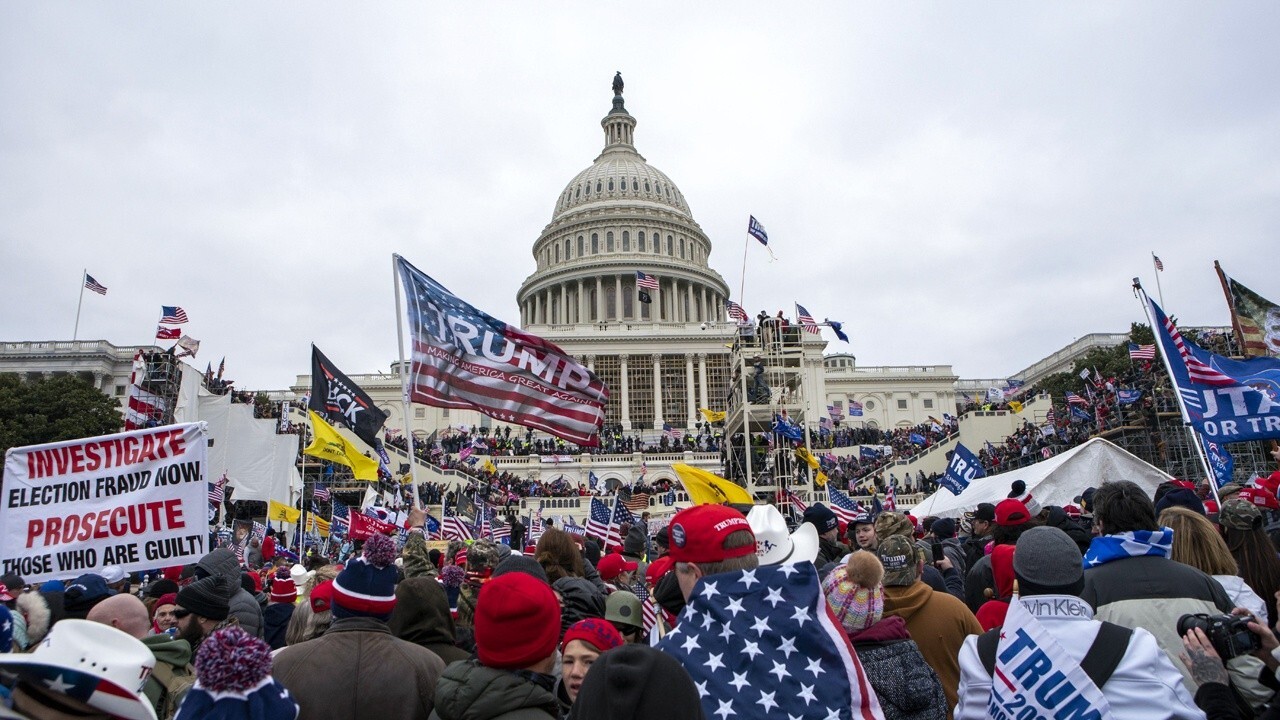 The combined efforts helped end the 2019 border crisis during which more than 100,000 migrants a month flooded toward the border in the spring. This year, the administration was given a tool in the form of a Centers for Disease Control order related to the COVID-19 pandemic, which allows migrants to be quickly returned to home countries within hours of being apprehended.

On Tuesday, Trump declared that his administration has "achieved the most secure southern border in U.S. history."

"We took on the cartels, the coyotes and the special interests and we restored the rule of law," he said.

The trip to the wall gives Trump an opportunity to shift attention to something other than the riots that engulfed the Capitol last Wednesday. Trump has taken heat from Republicans and Democrats for what they say was his instigation of the violence.

Democrats have called for Trump’s impeachment and are moving forward with the process, and a number of Cabinet and administration officials have resigned over Trump’s conduct.

TRUMP ACKNOWLEDGED HE BEARS SOME BLAME FOR CAPITOL RIOT IN CONVERSATION WITH MCCARTHY: SOURCES

On Tuesday, Trump described the group that stormed the Capitol as a "mob" and said they "trashed the halls of government."

"We believe in the rule of law not in violence or rioting," he said.

He also brushed off calls for Trump’s cabinet to remove him via the 25th Amendment, saying it would hurt President-elect Joe Biden more than him.

"The 25th Amendment is of zero risk to me, but it will come back to haunt Joe Biden," he said. "Be careful what you wish for."

He also warned of a resurgence in illegal immigration if Biden reverses many of his policies on immigration. Specifically, on the wall, Biden has promised that he would not allow "another foot" to be built under his administration.

Trump warned that ending his policies and increasing incentives would lead to "a tidal wave of illegal immigration, a wave like you’ve never seen before" and that there were already signs of increased flows.