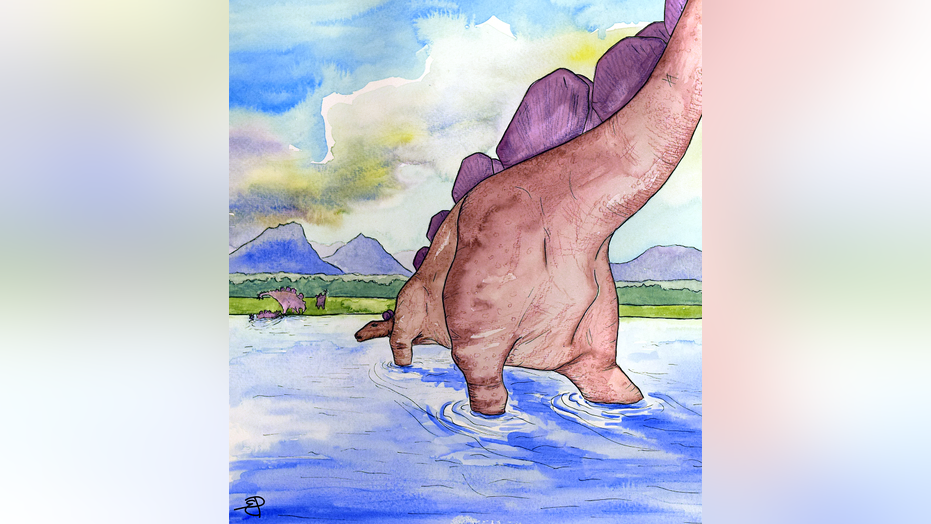 A researcher at the National Museums Scotland has made a remarkable discovery, stumbling across a 166 million-year-old dinosaur fossil while running on a beach in Scotland.

Elsa Panciroli was running on the Isle of Eigg, Inner Hebrides, when she spotted the fossilized bones. It's believed the fossil "most likely represents a stegosaur fibula," according to the study's abstract.

The research is published in Earth And Environmental Transactions Of The Royal Society Of Edinburgh.

The discovery, which has been classified as a "hugely significant find," is important given where it was found and how old it is.

"Dinosaur body fossil material is rare in Scotland, previously known almost exclusively from the Great Estuarine Group on the Isle of Skye," the researchers explained in the abstract.

"The presence of this large-bodied stegosaur on Eigg adds a significant new datapoint for dinosaur distribution in the Middle Jurassic of Scotland," the study's authors, led by Pancrioli, added.

How the Eigg dinosaur might have looked. (Credit: Dr Elsa Panciroli)

The bone, which is just over 3 feet in length, was found in a boulder on the shore. It had been beaten up by the waves and wind, but there was plenty enough to study and extract.

“It was a bit of a serendipitous discovery," Panciroli said in a statement obtained by Fox News. "I was running along the shore on my way back to meet the rest of the team and I ran right over it. It wasn’t clear exactly what kind of animal it belonged to at the time, but there was no doubt it was a dinosaur bone."

Study co-author Steve Brusatte said the find is "really remarkable," noting that even famed 19th-century geologist Hugh Miller had not found dinosaur bones on the Isle of Eigg before.

"This fossil is additional evidence that plate-backed stegosaurs used to roam Scotland, which corroborates footprints from the Isle of Skye that we identified as being made by a stegosaur," Brusatte said.

The bone now resides at the National Museums Scotland.