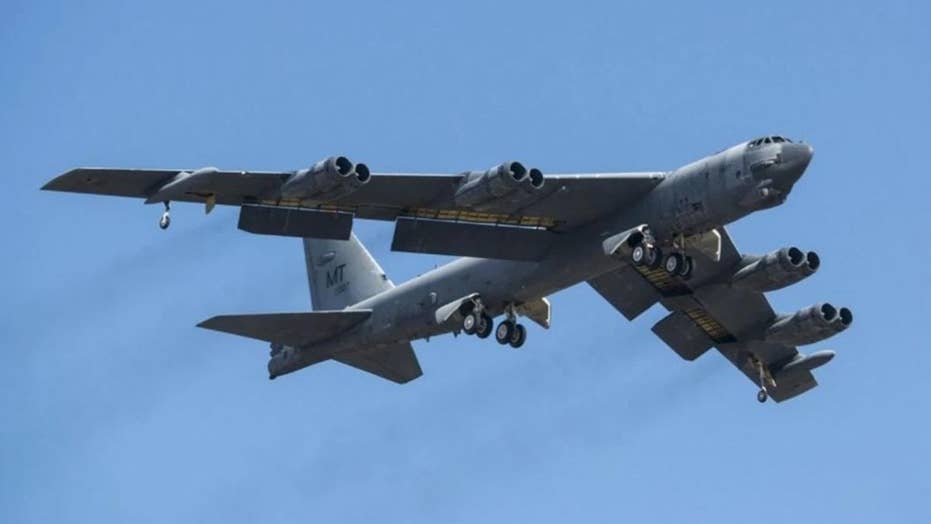 Thanks to taking advantage of a Pentagon rapid development program called '804 Middle Tier Acquisition,' the U.S. Air Force is implementing a new strategy for weapons development that will fast-track a number of high-priority systems to war. A handful of significant weapons systems will benefit from the accelerated acquisition including satellite surveillance, hypersonic weapons, B-52 engines, nuclear missiles and combat sensors.

The Air Force is implementing a new weapons strategy to fast-track a number of high-priority systems to war, including satellite sensors, hypersonic weapons, B-52 engines, nuclear missiles and combat sensors.

“We want to accelerate buying things earlier and bend metal immediately to learn, instead of wasting time on paper,” William Roper, Assistant Secretary of the Air Force, Acquisition, Technology & Logistics, told an audience recently at an Air Force Association Symposium.

The approach calls for rapid and early prototyping of new weapons to quickly determine what works, Roper explained. Naturally, the approach brings a measure of added risk which, he explained, is a necessary part of the process. While the intent is never to fail with combat-essential weapons development, failure is an opportunity to learn quickly and make adjustments. Technical adjustments early in the acquisition process are easier to implement and fundamental to keeping pace with anticipated emerging threats.

There is no mystery about why the service is emphasizing this approach with such vigor; technological are being made by potential US adversaries at an alarming rate, according to Pentagon observers. Areas such as anti-satellite weapons, hypersonics, AI and stealth platforms may be surpassing or at least seriously rivaling US technological superiority, according to comments consistently made by Pentagon leaders and senior weapons developers.

There are a handful of significant weapons systems which, according to Roper, are now benefiting from the accelerated acquisition. A few of them include purchasing new commercial engines for the historic B-52 bomber and finding a system, platform or network able to bring JSTARS-like ISR to war in high threat areas. The JSTARS, being a large platform with a large radar signature, would be expected to struggle with performing operations in near-peer, high-threat areas with advanced air defenses. With its wide-area geographical sensor reach, the aircraft has been very effective in Iraq and Afghanistan, where US air supremacy was not threatened.

New Space-Based Infrared sensors, able to identify enemy missile launches from space, will arrive more than three years ahead of schedule, he said. “We are building a completely new sensor,” Roper explained at AFA.

Innovations such as digital engineering are fast-improving the weapons development landscape by enabling computer modeling of weapons systems. This can bring the possibility of circumventing years of design experimentation and early construction - zeroing in on what the best options might be. One such example of this approach, Roper said, is the emerging new arsenal of ICBMs, called Ground-Based Strategic Deterrent (GBSD).

“With digital engineering, we can look at 10 to 20 designs,” he explained.

Given the aging arsenal of Minuteman III ICBMs, this program is taking center stage for the Air Force. The service has awarded two developmental deals to Northrop Grumman and Boeing and plans fire off early prototypes as soon as next year. Wing modernization for the A-10 Warthog is also receiving the benefits of digital engineering, Roper added.

“Thus far, we have eight rapid acquisition activities approved or in the process, with approximately 25 years of potential schedule acceleration,” the letter states.

Much of this rapid progress, and indeed the fate of the US military, may hinge upon the pace of software development, Roper emphasized. Weapons upgrades, new systems, computer programs, sensors and targeting technology can all be substantially improved or change through software upgrades. Roper has at times gone so far as to say software itself may be the determining factor when it comes to who wins future wars.

“We need to think about how we develop software differently. We have historically had a tough time working with commercial start-ups. Our contracting processes for working with small innovative companies are too slow,” Roper said. “You can have the best planes, but still lose a war if you don’t have the right software.”

As a case in point, it could clearly be said that the entire future of the 5th-Gen F-22 Raptor, relies upon software. Roper cited the F-22 as evidence of what he called “F-22 continuous stream of software delivery.” He may have been referring to any one of a number of software-driven F-22 upgrades, a principle one of which includes the recent Air Force “validation” of two new weapons for the F-22.

Often referred to by Air Force weapons developers as “agile acquisition,” the F-22 progress is grounded upon the premise that hardware configurations, airframes, weapons’ racks and sensors - can all be changed with upgrades with software, .

The two new weapons, which have been under testing and development for several years now, are advanced variants of existing weapons - the AIM-9X air-to-air missile and the AIM 120-D.

The new AIM-9X will shoot farther and reach a much larger targeting envelope for pilots. Working with a variety of helmets and display systems, Lockheed developers have added “off-boresight” targeting ability enabling pilots to attack enemies from a wide range of new angles.

Another part of the weapons upgrade includes engineering the F-22 to fire the AIM-120D, a beyond visual range Advanced Medium-Range Air-to-Air Missile (AMRAAM), designed for all weather day-and-night attacks; it is a "fire and forget" missile with active transmit radar guidance, Raytheon data states. The AIM-120D is built with upgrades to previous AMRAAM missiles by increasing attack range, GPS navigation, inertial measurement units and a two-way data link, Raytheon statements explain.

As the Air Force and Lockheed Martin move forward with weapons envelope expansions and enhancements for the F-22, there is, of course, a commensurate need to upgrade software for its onboard sensors to adjust to emerging future threats, industry developers explained. Ultimately, this effort will lead the Air Force to draft up requirements for new F-22 sensors.

These kinds of modernization efforts, adjustments or innovations made possible by software, point to the importance of better connecting the service’s science and technology initiatives with existing weapons programs of record, Roper emphasized.

“We can’t predict the enemy in 2030 and build the Air Force to defeat them,” Roper said.