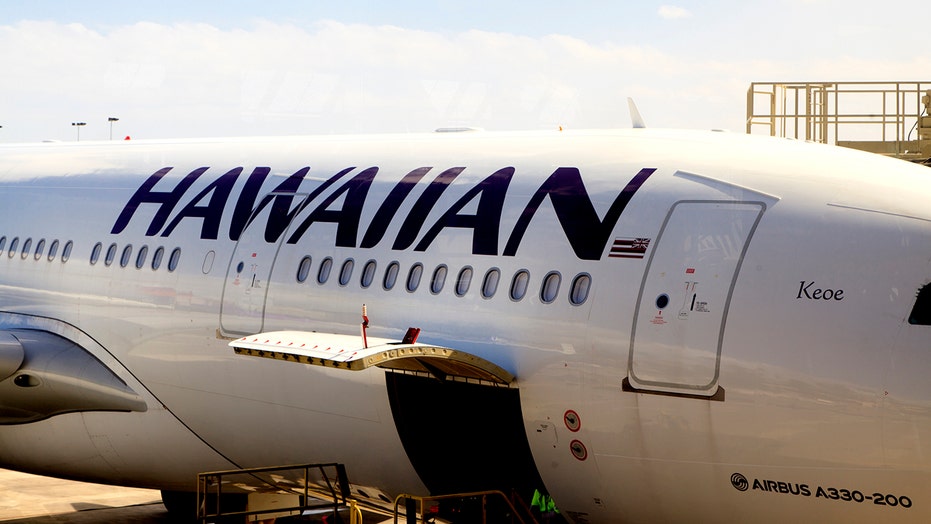 Surprisingly, the latest report of an unruly plane passenger has nothing to do with the airline's mask requirements.

A passenger aboard a Hawaiian Airlines flight needed to be restrained on Wednesday after allegedly attempting to open the exit door between Los Angeles and Honolulu.

The flight, which took off from LAX at 10 a.m., reportedly landed as scheduled at Daniel K. Inouye International Airport. The disruptive passenger was arrested upon arrival.

A spokesperson for the airline confirmed to Hawaii News Now that once the man started pulling on the door’s handle, crew members were able to pry him off and restrain him with the help of an off-duty police officer flying to Honolulu.

Crew members, along with an off-duty police officer, were able to restrain the man, the airline said. (iStock)

Keenan Kurihara, another passenger on Wednesday’s flight, told the outlet he also “tried to separate [the passenger] from the door and the flight attendant" but said the passenger was initially “so determined to get out, or stay attached to the door handle."

A representative for the airline did not immediately return a request for comment, although the airline has since said its cabin doors are not able to be opened during a flight. Experts also say it’s not possible for a person to physically open a cabin door on a pressurized aircraft midflight, at least not without some type of hydraulic jack.

“It’s physically impossible,” Jason Rabinowitz, an aviation blogger, once told Travel + Leisure of a human being able to open a cabin door at cruising altitude.