A recent spate of activity for an already busy 2020 Atlantic hurricane season now means there's only one name left on the official list — but there's still several weeks to go.

As of Tuesday, there have been 20 named storms out of a 21-name list, with only "Wilfred" remaining.

Hurricane season starts June 1 and ends Nov. 30, but September historically produces the most Atlantic Ocean basin tropical activity. The currently named storms have each broken records for how early they formed for their respective letter, continuing a trend during the 2020 Atlantic hurricane season. 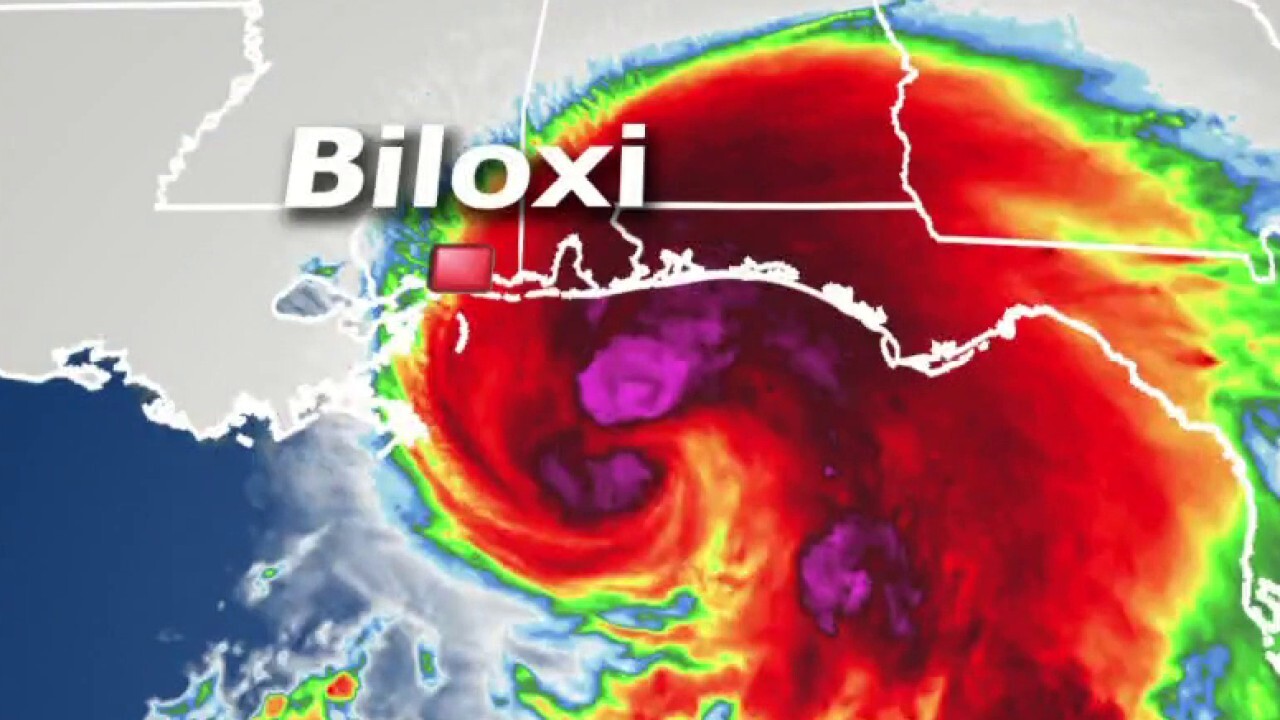 On Monday we got the “T”- and "V"-named storms – Teddy and Vicky -- with one more to go until we get to the end of the list.

The names for the 2020 Atlantic hurricane season. (Fox News)

With several weeks still to go, what happens if we run out of names?

According to the National Hurricane Center (NHC), once all 21 names are done, “additional storms will take names from the Greek alphabet."

The names are given to storms by an international committee of the United Nations World Meteorological Organization (WMO).

The only time the Greek alphabet has been used for storm names was back in 2005, when we had a total of 28 named storms, including the historic hurricanes Katrina, Rita and Wilma.

According to the WMO, "the National Hurricane Center had to use the Greek alphabet to name a tropical cyclone when the record-breaking Alpha formed" in October 2005.

WHAT WAS THE WORST HURRICANE TO HIT THE US? HERE ARE THE DEADLIEST STORMS EVER

The other Greek alphabet names used that year were Beta, Gamma, Delta, Epsilon and Zeta.

Hurricane Sally swirls near the Gulf Coast (top left) as Hurricane Paulette moves away from Bermuda and other systems swirl in the Atlantic Ocean on Sept. 15, 2020. (NOAA/GOES-East)

Another fact is that if a storm is particularly deadly or catastrophic, the name will be retired and replaced by the WMO.

For example, you will never see a Hurricane Katrina again.

But it bears noting that in 2006, the WMO decided since the Greek alphabet isn't used frequently enough and there are no changes proposed in the foreseeable future, that it's not practical to retire any of those rare names into hurricane history.

"It therefore decided that if a significant storm designated by a letter of the Greek Alphabet, in either the Atlantic or eastern North Pacific Basin, was considered worthy of being 'retired,' it would be included in the list of retired names with the year of occurrence and other details, but that the particular letter in the Greek Alphabet would continue to be available for use in the future," the WMO states.

Forecast tracks of all of the current storms in the Atlantic basin. (Fox News)

According to the NHC, hurricane names are categorized into six lists that are used in rotation and cycled every six years, so the 2019 list of names will be used again in 2025.

Forecasters from the NHC said Monday they were issuing advisories on five tropical systems over the Atlantic basin.

"This ties the record for the most number of tropical cyclones in that basin at one time, last set in Sept 1971," the NHC tweeted.

Where tropical storms typically develop during the month of September. (Fox News)

That's far above an average year. Based on 1981-to-2010 data, that is 12 named storms, six hurricanes and three major hurricanes.

So far this year, there have been 20 named storms, including seven hurricanes and of those, one major hurricane.

Forecasters from the NHC said Tuesday that another area of disturbed weather located a few hundred miles south-southeast of the Cabo Verde Islands has a 70% chance of developing into a tropical depression over the next five days.