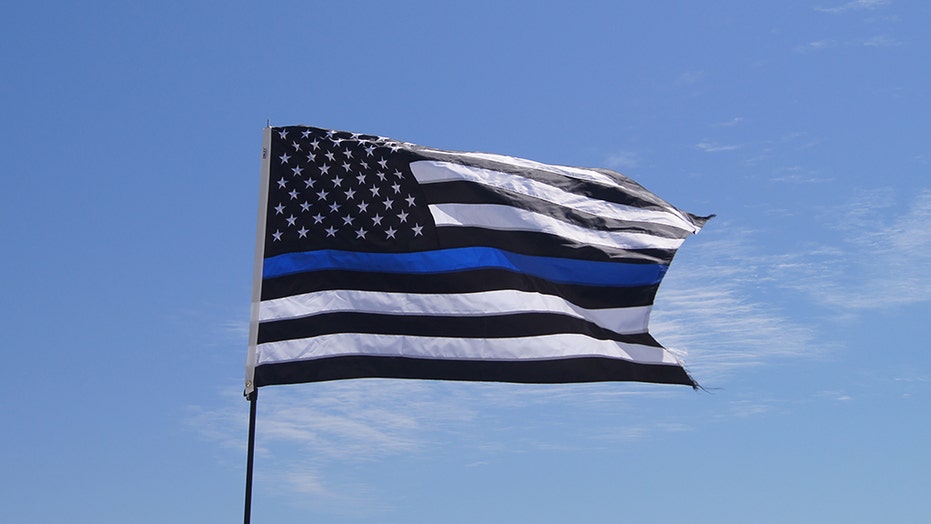 Sheriff's deputies in Ohio hoisted a “Thin Blue Line” flag at a county jail Sunday after its American flag was stolen, authorities said.

Hamilton County Sheriff Jim Neil said the new black, white and blue flag was raised at the Hamilton County Justice Center to honor a Cincinnati police officer who was shot during a public demonstration over the weekend, according to a tweet from the sheriff's office. The officer was wearing a ballistic helmet that was struck by a bullet near the University of Cincinnati early Sunday, WCPO-TV reported.

He was not injured, authorities said.

"Our American Flag was stolen during the Vandalism of the Justice Center," the tweet read. "The Thin Blue Line was raised by our deputies to honor the CPD Officer who was shot. The flag has been removed and we will replace it with the American Flag in the morning."

The "Thin Blue Line" flag is used by many law enforcement agencies and supporters to honor police officers. Chris Seelbach, the president pro tem of the Cincinnati City Council, decried displaying the flag to replace the American flag amid nationwide protests over the death of George Floyd in Minneapolis last week.

"Not unsurprising, Hamilton County Sheriff Jim Neil @hcso_org is only making things worth by replacing the American Flag with the “Blue Lives Matter” flag at the Hamilton County Justice Center. Thank God voters sent him to retirement in the Democrat primary," he tweeted.

"Should have been replaced with American flag immediately," Seelbach said in another tweet. "Not replaced with a politically charged blue lives matter flag when thousands are protesting in our streets because #BlackLivesMatter Sheriff Neil has only made things worse. Again."