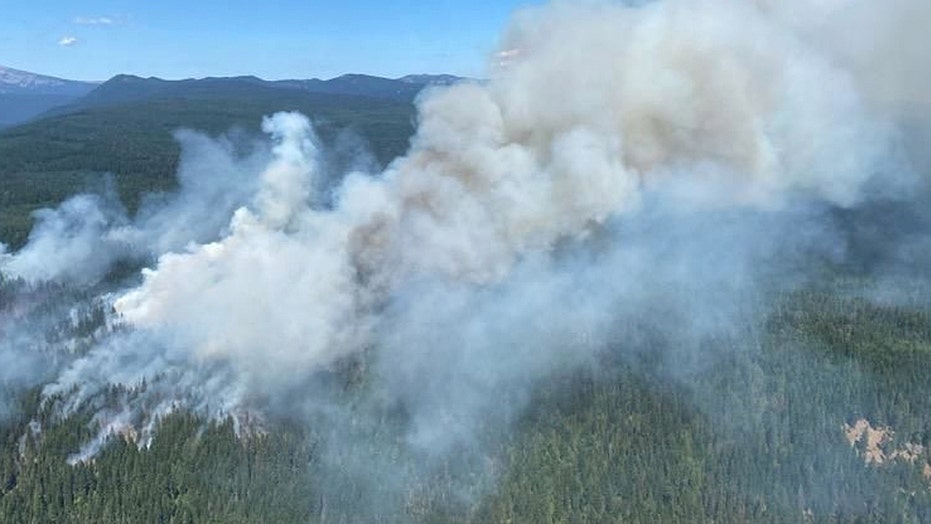 The body of a helicopter pilot who died fighting Oregon's White River Fire was flown home to Montana on Thursday.

Bozeman's Tom Duffy, a former basketball player at Montana State University, died in a crash Monday over the Mount Hood National Forest. He was 40 years old.

The National Transportation Safety Board is investigating the crash.

As a procession carried Duffy from a local mortuary to the Ken Jernstedt Airfield, KGW8 noted that Hood River fire stations had lowered their flags to half-staff.

Duffy, who was a devout Seventh-day Adventist, had been working with the U.S. Forest Service making water drops on the 1,300-acre fire for several days before the accident.

According to The Bozeman Daily Chronicle, Duffy also owned several businesses in the city and was the third generation of his family to fly for the county's search-and-rescue crew.

He had been on the job there for 20 years, and a statement from the Gallatin County Sheriff’s Office called him a “world-class rescue pilot who instilled confidence in SAR volunteers on every mission.”

“He was a big man with a big heart who brought calm and skill to every mission,” the sheriff’s release said.

At a towering 6 feet, 11 inches tall, Duffy was remembered in The Chronicle as a man who loved his faith and who loved his sport.

In college, he would sometimes miss Division I conference games because he observed the Sabbath from sundown Friday until sundown Saturday.

Northwestern Seventh-day Adventist website Gleaner Now reported that Duffy had served on the governing board of the Adventist Church for Montana, the North Pacific Union, as well as the church’s board of education in the state.

“The Adventist community in Bozeman is heartbroken by this tragic loss,” Adventist Church President for Montana Elden Ramirez told Gleaner Now on Tuesday. “Our love and prayers are with Tom’s family and loved ones. Tom has a long history of dedicated service as an Adventist leader here in Montana and the Northwest and will be deeply missed.”

Duffy was also remembered as a committed father and husband. He is survived by his wife, Robyn, and their three children.

His funeral service and burial will be held privately and open only to close friends and family.