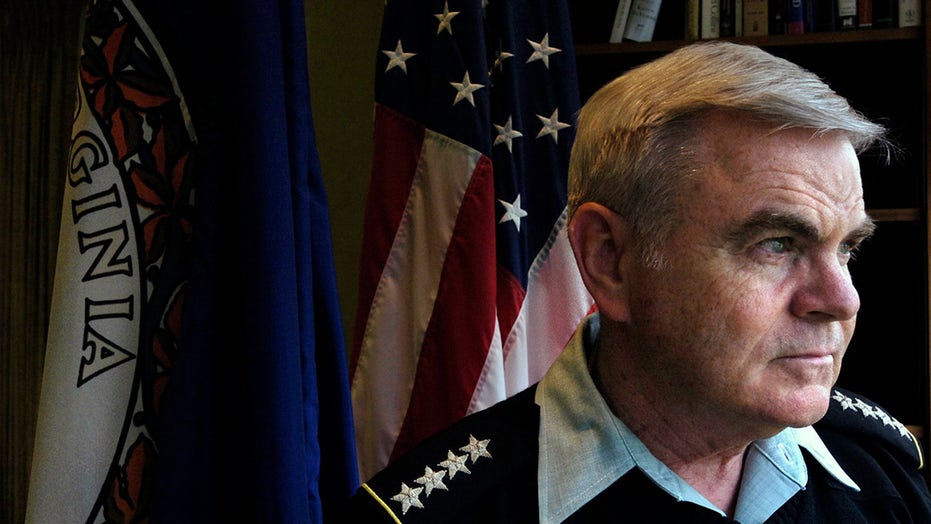 The superintendent of the Virginia Military Institute resigned Monday, a week after Democratic leadership in the state ordered an investigation into what they characterized as a culture of “ongoing structural racism."

Retired Army Gen. J.H. Binford Peay III tendered his resignation Monday, and the Board of Visitors accepted it “with deep regret,” board President John William Boland said in a statement.

“It has been the honor of my life to be the Superintendent of VMI for over seventeen years,” Peay said in his resignation letter, describing how Democratic Gov. Ralph Northam and certain legislative leaders “lost confidence in my leadership.”

“I always have and always will love the Institute, all of our cadets, alumni, and the entire VMI family," he said.

This comes a week after state officials ordered an outside investigation into the Virginia Military Institute in response to a report by The Washington Post that described Black cadets and alumni facing “relentless racism."

Army Gen. J.H. Binford Peay III, superintendent of the Virginia Military Institute, looks out the window of his office in Lexington, Va., in this April 26, 2007, photo. He has since resigned, the school's board president announced in a statement Monday, Oct. 26, 2020. (Bob Brown/Richmond Times-Dispatch via AP)

Northam, a Democrat, co-wrote a letter with other state officials and lawmakers to the state-supported school's Board of Visitors expressing “deep concerns about the clear and appalling culture of ongoing structural racism" at VMI. The letter said the state will fund an independent probe into the school's culture, policies, practices, and equity in disciplinary procedures, the Post reported.

Boland described Peay as a “great American, patriot, and hero,” who, “has profoundly changed our school for the better in all respects.”

“The Board of Visitors must immediately turn its attention to the search for our new superintendent. In doing so, we will stay focused on our mission of preparing citizen-soldiers from all walks of life,” Boland continued in his statement on Monday. “I ask that our alumni remain focused on the positive mission and support the Institute and Board as we secure a future in which the Institute continues to contribute in unique and vital ways to our nation and state.”

State officials ordered the investigation after the Post published a story that described an “atmosphere of hostility and cultural insensitivity” at the nation's oldest state-supported military college. The story described incidents such as lynching threats and a White professor reminiscing in class about her father’s Ku Klux Klan membership.

The Roanoke Times also reported on Black alumni speaking out about racism at the school months ago.

PROBE ORDERED OF VMI AFTER REPORT ON RACIST INCIDENTS

In response to the allegations, Boland wrote in a letter last week that the school would welcome a review and pledged its full cooperation; “However, systemic racism does not exist here and a fair and independent review will find that to be true.”

Boland wrote that several of the incidents detailed in the Post's story were many years old and that they “had more to do with an individual’s lapse of judgment than they do with the culture of the Institute."

“Each one, as is the case with any allegation of racism or discrimination, was investigated thoroughly and appropriate action was meted out in a timely fashion,” he said in the letter.

The Post's reporting cited interviews with more than a dozen current and former students of color.

Debate has swirled recently among alumni of VMI, which was founded in Lexington in 1839, about how its ties to the Confederacy should be memorialized, the Roanoke Times has reported. The school announced earlier this year that it had no plans to take down its Confederate monuments, but would be changing some of its longstanding traditions.

Multiple buildings on the campus are named for Confederate Gen. Thomas “Stonewall” Jackson as well as other alumni and faculty who fought for the Confederacy. A statue of Jackson also stands in front of the barracks. Until a few years ago, freshmen were required to salute it, the Post reported.

Amid a national reckoning on racial injustice over the summer, Peay himself announced certain changes in July, including reorienting flagpoles surrounding the Jackson statue and centering them at the new barracks and relocating an oath ceremony from a battlefield where 10 VMI cadets died fighting for the Confederacy to school grounds.