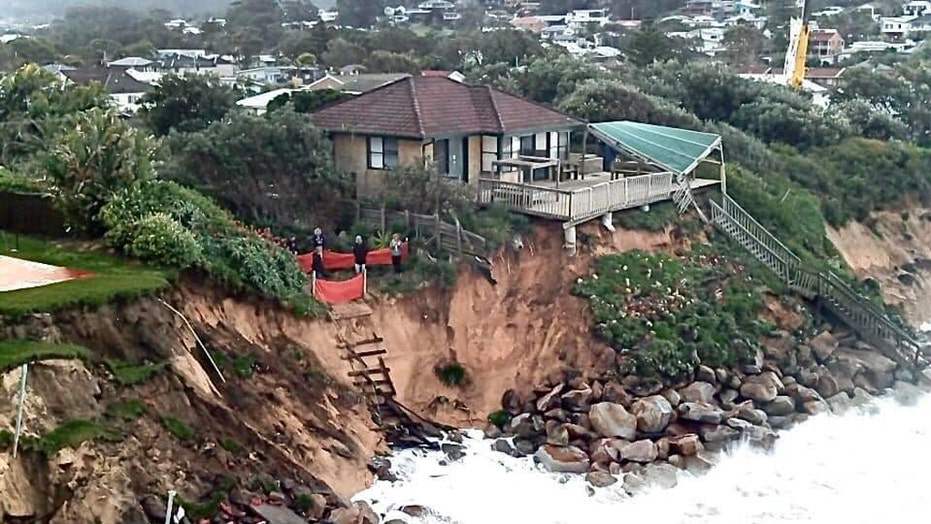 A number of homes in Australia are now precariously teetering on the edge of a cliff following days of massive waves lashing into its coastline.

The scene unfolding Friday in Wamberal, north of Sydney, comes as a band of low pressure that swept through the region – generating two days of waves up to 38 feet -- is expected to last into this weekend, according to Sky News.

“It's like watching a disaster movie in slow-motion,” tweeted Mitchell Harley, a coastal researcher at the University of New South Wales.

Residents along Ocean View Drive in Wamberal, where most of the erosion has been happening, have been ordered to evacuate their homes.

The Terrigal Fire Station said in a Facebook post that it has been called to the scene “to attend to homes at significant risk of structural collapse due to beach erosion.”

"I've never seen the waves come in, to this extent,” a local homeowner was quoted by Sky News as telling the Australian Broadcasting Corporation.

The high waves are expected to continue into the weekend. (Terrigal Fire Station)

Rolf Garda, an official with the State Emergency Service, also told the station that it was the worst erosion damage he’s seen in three decades and “there's always been impact on that area, but for some reason, this event has taken away far more land than we expected.”

“A crane is on site putting in place large concrete blocks to try to slow the damage to residents along the stretch of coastline,” added a Facebook post from NSW Central Coast Incident Alerts.