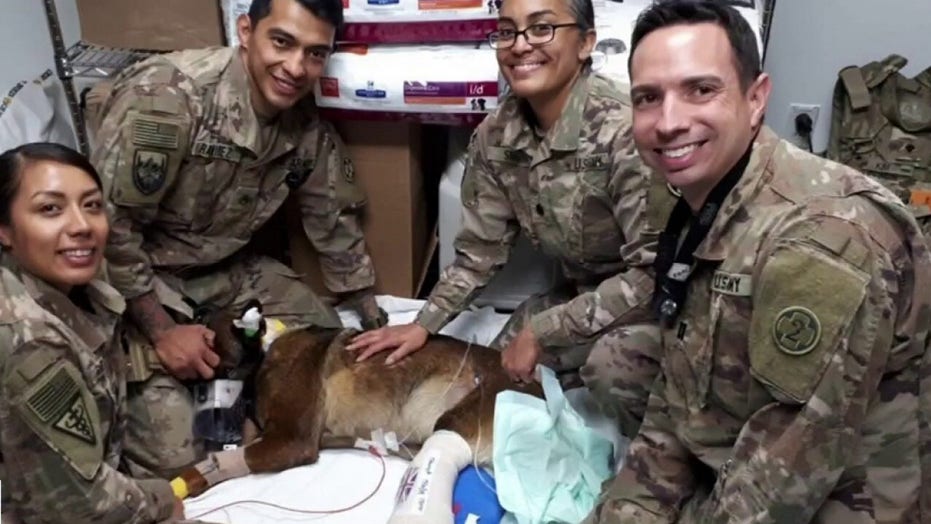 A Belgian Malinois named Kuno has won the Victoria Cross, the UK's version of the Medal of Honor for helping British special forces fight Al Qaeda.

"Kuno is a true hero," Jan McLoughlin from the PDSA veterinary charity said in a about the four-year-old dog who incapacitated one insurgent and found hidden explosives during a 2019 operation in Afghanistan.

"His actions that day undoubtedly changed the course of a vital mission, saving multiple lives in the process. And despite serious, life-changing injuries, he performed his duty without faltering," McLoughlin added. "For this bravery and devotion to duty, we are honored to welcome him as the latest recipient of the PDSA Dickin."

AMERICA TOGETHER: UPLIFTING IMAGES FROM ACROSS THE COUNTRY

Kuno is the 72nd recipient of the Dickin Medal since it was created in December 1943.

"I鈥檓 delighted that Kuno will receive the PDSA Dickin Medal,"  British defense secretary Ben Wallace said in the release. "It is a testament to his training, tireless bravery, and devotion to duty which undoubtedly saved lives that day."

"I am very proud of the role our military working dogs play on operations at home and abroad. Kuno鈥檚 story reminds us of the lengths these animals go to keep us all safe."

Frank Miles is a reporter and editor covering geopolitics, military, crime, technology and sports for FoxNews.com. His email is Frank.Miles@foxnews.com.